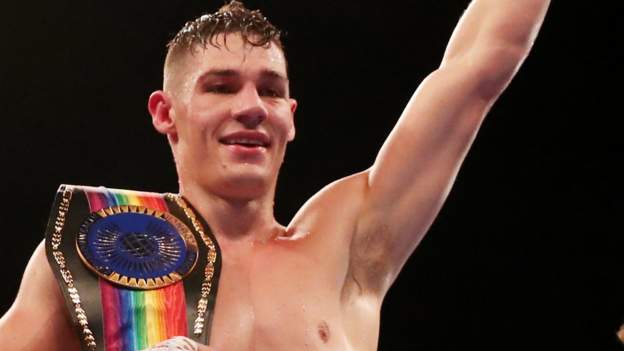 Chris Billam-Smith is confident he has the tools to defend his European cruiserweight title against Dylan Bregeon in Sheffield on Saturday.

The 31-year-old from Bournemouth hopes to prove he is worthy of that title and his British and Commonwealth belts.

“It does come with a bit of added pressure,” he told BBC South Today. “But the more pressure, the better.”

Ten of Billam-Smith’s 13 wins have come by way of knockout but a split decision saw him beat Tommy McCarthy in July.

The Shane McGuigan-trained fighter has lost just once in his career against Richard Riakporhe in August 2019 but has gone the distance in his two previous bouts.

“I’ve been with Shane since I turned pro and since then my punching power’s improved massively,” he said.

“It’s the way he gets you to train through repetition to make sure you do it correctly. If you don’t do it right the first time, he’ll make you go and go again.

“I’ve maybe relied on it a bit too much in my past two fights thinking I’m going to punch my way out of it which is why I’ve gone to either 10 or 12 rounds.

“I’ve just got to focus on what I can do best and stay in that zone and the punch power will come out naturally.”

AFC Bournemouth fan Billam-Smith is also hoping to fight on hometown soil in the future for the first time and has been in discussion with promoter Eddie Hearn about making it happen.

He has also shown his support for Cherries and Wales midfielder David Brooks in recent weeks following his diagnosis with Stage 2 Hodgkin lymphoma.

“Brooksy’s a great lad when I’ve met him a couple of times,” Billam-Smith said. “It’s such an awful situation he has been through.

“I just asked the club if I could have one of the ‘stay strong Brooksy’ t-shirts to show my support.

“I just wish him all the best for a speedy recovery. It reminds you life can be harsh and short in some circumstances. These things can come hard and quick at you.

“You have to enjoy every moment, which can be hard when you’re in a brutal training camp and hard sparring sessions.”