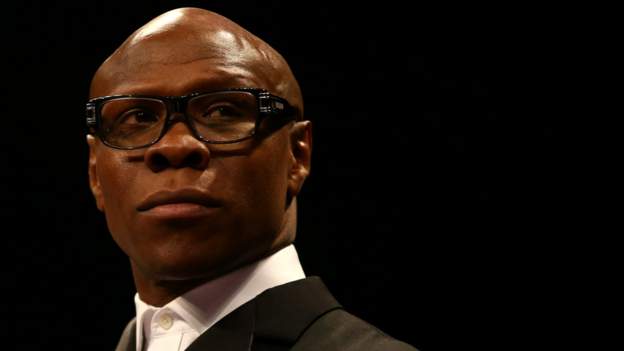 It is the case of how a “brazen crook” stole a chocolate bar from a former world champion boxer.

Chris Eu bank, the effervescent 55-year-old fighting legend, was left “stunned” when his ‘man bag’ was snatched from under his arm outside west London bank on Tuesday.

Not only did the thief take off with Eu bank’s Louis Vuitton clutch bag, but also a number of sentimental items and a partially eaten bar of Belgian chocolate.

“It’s been in there for six days just ready to eat. I like it at that temperature and they took it.

“I’m hoping if the thief shows the documents to his friends and they recognise my name, he’ll give the man bag back.”

The former ABA middleweight and super-middleweight champion, who wasn’t injured in the incident, said he “couldn’t believe” he was mugged and that his story is a cautionary tale.

“He couldn’t have known who I was because he wouldn’t have tried it,” Eu bank said. “He was just looking at the prize.

“It was over in seconds and he was down the road like a sprinter with a baton.

“I didn’t even think of chasing him at first, such was the shock.

“I only saw the back of his head so I didn’t see his complexion. He was rather well-dressed with smart jeans.”

“I thought, ‘he must be the country’s most brazen crook’.

“But it’s a sign of the times – they don’t care about confronting someone like me, so nobody is immune.”

The Metropolitan Police confirmed the assailant fled the scene on foot and are appealing for witnesses or anyone with information about the incident.