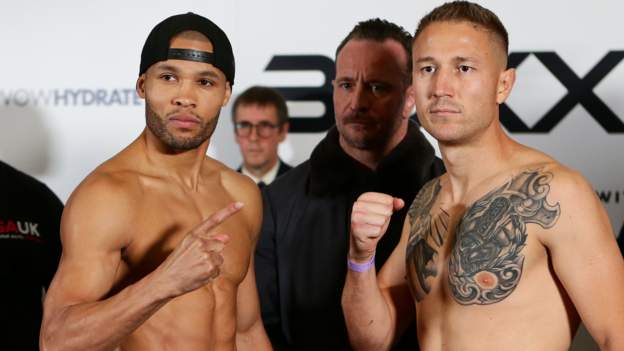 Chris Eubank Jr’s fight with Anatoli Muratov has been called off after concerns were raised over Muratov’s pre-fight medicals by the British Boxing Board of Control (BBBofC).

The Briton was due to face Germany’s Muratov at Wembley on Saturday.

“It is important to make the right decision in the interests of fighters’ health and safety,” Boxxer promoter Ben-Shalom said.

“We are grateful to the British Board of Boxing Control for the standards they employ to protect that.”

Muratov was a late replacement for Eubank’s intended opponent Sven Elbir, who withdrew after he tested positive for Covid.

The Briton has not fought since May when he defeated Marcus Morrison on points.

He has since suffered from Covid and lost his 29-year-old brother, Sebastian, who died in July following a heart attack.

A new fight date for Eubank Jr will be announced in a few weeks.