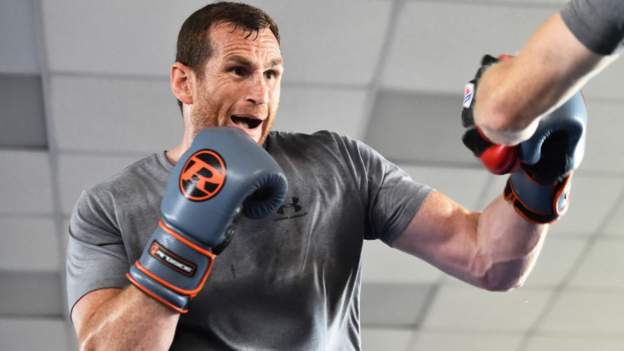 “The hunger is no longer there and that’s massive. The glory had gone in my career and I was fighting for a bit of extra money,” Price told BT Sport.

His last fight came in October 2019 when he was stopped in the fourth round by Derek Chisora at London’s O2 Arena.

Liverpudlian Price, who is 6ft 8in, had a glittering amateur career and also won a Commonwealth Games gold medal for England in 2006 in Melbourne.

He turned professional after the 2008 Olympics in Beijing and won his first 15 professional bouts, picking up the English, British, and Commonwealth titles, before back-to-back defeats against American Tony Thompson.

Price fought German Erkan Teper for the European belt but the bout was declared a no-contest after Teper, who thought he had gained a second-round victory, failed a post-fight drugs test.

Three losses in four fights in 2017 and 2018 – to Romania’s Christian Hammer and Russian pair Alexander Povetkin and Sergey Kuzmin – ended Price’s hopes of fighting for and winning a world title.

“My mind was made up [to retire] six weeks ago,” he added. “I knew I would get offered a fight in Liverpool on the Liam Smith v Anthony Fowler show [on 9 October].

“I did get offered something and I made sure I was in the gym when the call came but there was no desire to fight, I didn’t even want to know who it was.

“I have set up a business doing a bit of building work and I’ve got my properties and I’m happy and content with how it ended.”