‘It does boxing no favours’ – reaction to Paul-Fury 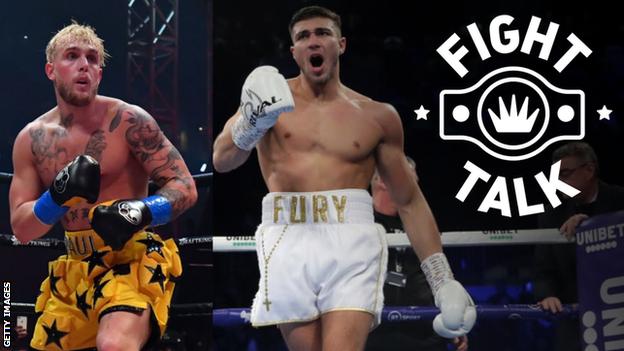 Britain’s Tommy Fury and American Jake Paul have put pen to paper for a December bout, but is the fight good for boxing? The WBC president hints Tyson Fury could soon be ordered to fight Dillian Whyte next and rumors circulate that Conor McGregor is planning to return to boxing.

It’s been a long time in the making – and a fight which splits opinion – but Tommy Fury v Jake Paul is happening.

Fury, brother of WBC champion Tyson, will face YouTuber-turned-boxer Paul at the Amelie Arena in Tampa, Florida on 18 December.

Paul boasts 17.5 million followers on Instagram alone and has fast become one of the biggest wind-up merchants in boxing, while Fury found fame on reality TV show Love Island.

The announcement of the fight was, as you might expect, met with some discontent from boxing fans…

One of the biggest gripes among fans is the lucrative nature of the fight, with the novice boxers set to earn six-figure sums.

Fury has notched up seven professional victories, although his opponents have a combined record of 14 wins, 175 losses, and two draws.

Some feel Paul and Fury’s resumes should not reflect the big purses and more talented fighters are scarcely given such opportunities on the big stage.

But Matchroom Boxing promoter Eddie Hearn has a different take on it.

“I don’t agree with all these comments [which say] ‘it’s not fair they’re earning all this money and you’ve got this other guy whose grinding and not getting the opportunities’,” Hearn said.

“Well he ain’t good enough and he’s not built a fanbase like Jake Paul.”

The debate on whether Paul-Fury is good for boxing, or how impactful it will be in bringing new, younger audiences to the sport, will go on.

But the fight will generate a great deal of interest as their long-running social media feud is settled in the ring.

Whereas Muhammad Ali was considered by some as a poetic genius and Mike Tyson could strike fear in any opponent with just a few words, Jake Paul has his own, er, unique style of trash talk.

He once swiped a baseball cap off Floyd Mayweather’s head and ran off, before getting ‘gotcha hat’ tattooed on his leg.

So it is perhaps not too bizarre to hear that Paul has reportedly put a clause in the contract that his opponent must legally change his name to ‘Timmy Fury’ for a year should he lose.

Even the two boxers’ girlfriends have started a war of words… 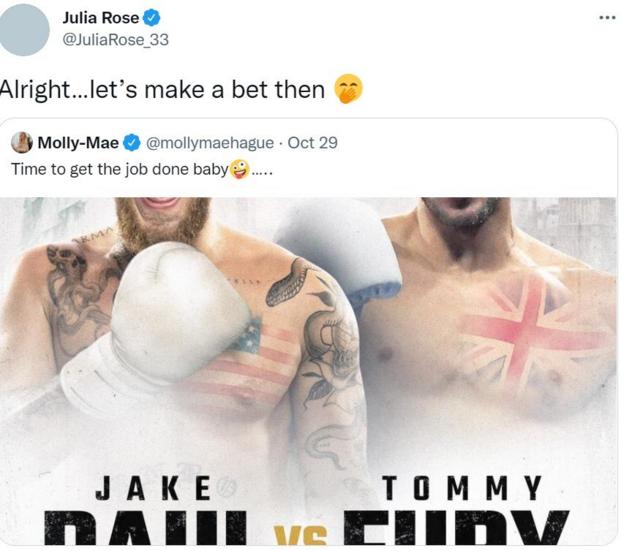 Fury comes from a fighting family, boxes for a living, and, as such, goes in as a favorite.

But with that expectation comes added pressure.

“If Tommy loses, he should go to a desert island and just stay there for life. It would be the most embarrassing thing,” Hearn told Talksport.

John Fury also expects his son to win in style, telling BT Sport: “Jake Paul can’t beat Tommy, no matter what he does. I’m looking for a Tommy win in explosive fashion – the end of Jake Paul.” 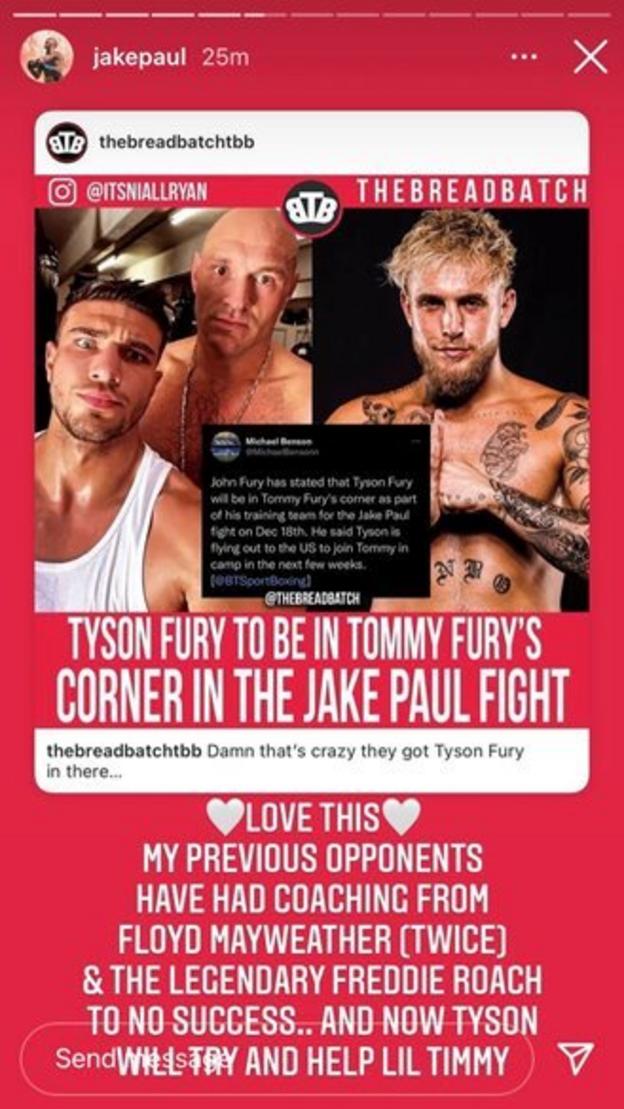 While the general feeling is that Fury will win, not everyone thinks it will be a one-sided contest…

Dillian Whyte has moved a step closer to landing his long-awaited shot at a world title.

The fan-favorite heavyweight was scheduled to fight Swedish southpaw Otto Wallin on 30 October but pulled out with a shoulder injury.

As interim WBC champion, it appears a clash between Whyte and world titleholder Tyson Fury could soon be ordered.

Fury, who beat Deontay Wilder in their trilogy bout last month, was told he would be given 30 days to negotiate an undisputed fight with fellow champion Oleksandr Usyk and, if not, would have to face Whyte.

But with the Ukrainian set to rematch Anthony Joshua next, Whyte’s opportunity may finally come knocking.

“We have received from the British Boxing Board of Control the medical certification that Whyte could not fight Wallin because of the injury,” WBC President Mauricio Sulaiman has said.

“So we are going to do what we promised, which is that way we are moving forward.”

And finally, is Conor McGregor planning a return to boxing?

The UFC star swapped disciplines when he took on pound-for-pound great Floyd Mayweather in 2017 in what was one of the richest bouts of all time.

He lost in the 10th round against Mayweather in Las Vegas and soon returned to MMA, but has repeatedly been linked to fighters including Saul ‘Canelo’ Alvarez and the recently retired Manny Pacquiao. .