Joshua-Usyk rematch could be in UK 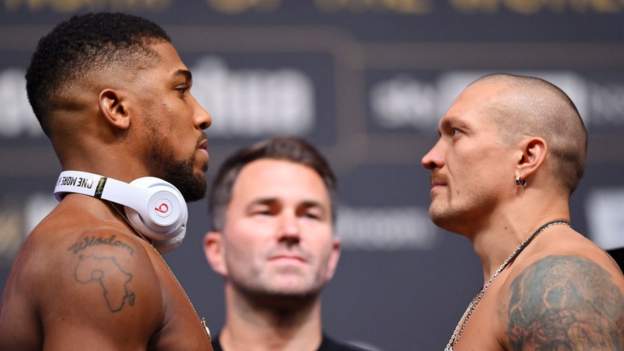 The UK is one of three locations being considered for Anthony Joshua’s rematch with Oleksandr Usyk, says Alexander Krassyuk, the Ukrainian’s promoter.

“We have three options: the United Kingdom, Ukraine and the Middle East,” Krassyuk told Sky Sports.

“We plan to meet with Eddie Hearn within the next couple of weeks to initiate the rematch activities.”

He added: “Hopefully by the end of 2021, we will be in the position to take the final decision.”

Joshua’s promoter Eddie Hearn confirmed in October that he had triggered his rematch clause against the Ukrainian and that the rematch could take place in March.

Hearn said: “We’re looking for him to become a three-time heavyweight world champion. I think realistically March is when you’re likely to see the rematch.”

Usyk has previously said he wants the rematch to take place at the Olimpiyskiy Stadium in Kyiv.