Taylor to face Sharipova in Liverpool 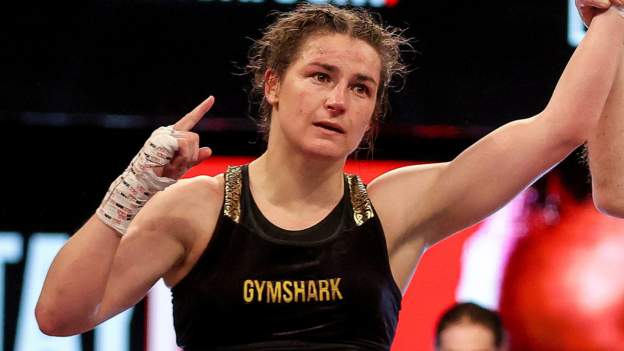 Kazakhstan’s Firuza Sharipova has been announced as the the opponent for Irish world champion Katie Taylor in Liverpool on 11 December.

Taylor will put her undisputed world lightweight title on the line against mandatory challenger Sharipova.

She has picked up titles at super-featherweight, lightweight and super-lightweight.

Sharipova is ranked at number one in the world at lightweight by the WBA.

Bray woman Taylor’s last fight was in September when she defeated the USA’s Jennifer Han on points in Leeds.

It was a 19th professional victory for Taylor in a career that has included six KOs.

Matchroom Boxing said Taylor was “within touching distance of a huge showdown with Amanda Serrano in 2022 but must overcome a final hurdle in the shape of Sharipova”.

Taylor was set to meet Serrano in May 2020 before the bout was called off because of the Covid-19 pandemic.