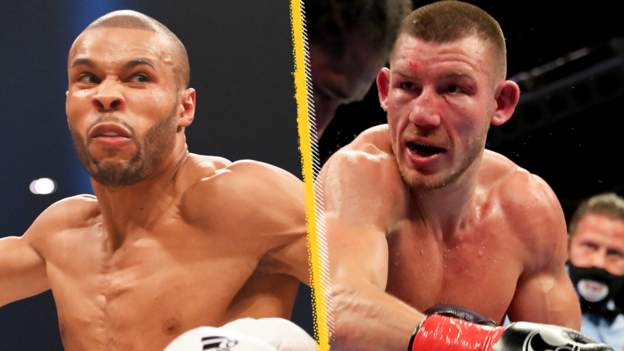 Liam Williams is to face rival Chris Eubank Jr in an all-British middleweight contest in Cardiff on 11 December.

Eubank Jr, 32, will look to continue his world-title bid when he meets Williams, 29, at the Motorpoint Arena

Welshman Williams described the bout on social media as a “massive fight” he has wanted for a long time.

England’s Eubank Jr, who beat Wanik Awdijan last month, said it is “time to shut this loud mouth up”.

Williams was defeated by Demetrius Andrade in his world-title bid back in April in Hollywood, but will have home support this time around.

Eubank Jr lost to Billy Joe Saunders on a split decision in 2014 and again on points to George Groves in 2018, but is determined to have a shot at the world title.