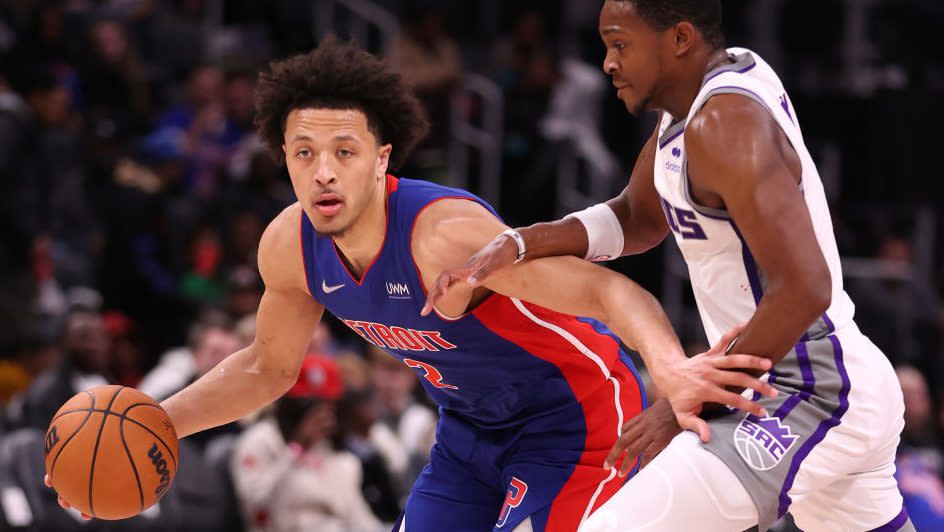 Coming off an injury that kept him out of training camp and the start of the season, No. 1 pick Cade Cunningham had a rough introduction to the NBA. Thrown into action immediately upon getting healthy, his first four games saw him shoot 23.2% overall and go 4-of-28 on 3-pointers.

Now the Pistons guard has his legs under him and is putting up numbers — against the Kings Monday he had 25 points, eight assists, eight rebounds, and shot 5-of-11 from 3. That made him the youngest player in NBA history to put up a 25/8/8 line with five 3s, beating out some guy named LeBron James.

Cunningham has had some other good games, such as 20 points and hitting 4-of-8 3-pointers, leading his team to a win over the Rockets (and No. 2 pick Jalen Green). The consistency is not there yet, things are up and down with Cunningham, but that’s to be expected of a rookie asked to run the point in the NBA.

What matters is progress — the Pistons didn’t make this pick so Cunningham could win Rookie of the Year. They made the pick so they would have an elite point guard leading their team in four years. The Pistons – and their fans — have to think big picture.

Games like the one against the Kings Monday make that patience easier. Cunningham’s potential is evident.

Here’s more on the Pistons

Three things to know: “Washed” DeRozan and Bulls sweep through… Reports: Pistons have some interest in Marvin Bagley III trade Pistons’ Olynyk out at least 6 weeks with left knee sprain