NBA celebrates 75th season is going to happen. Those who do learn from history sometimes are destined to honor it.

We all know the pessimistic flip side of the original quote, warning those who fail to do their history homework. But the NBA’s 2021-22 regular-season schedule released this week will go long on long-ago, with tie-ins to highlights, traditions, and great moments from league annals.

Per the NBA, throughout the season, the league will feature NBA 75 Classic Matchups to celebrate the teams, players, coaches, and moments that have defined 75 years of NBA basketball.

So in addition to a slate of marquee games during Opening Week of the 75th Anniversary Season and the usual star-studded, five-game binge on Christmas Day, a number of matchups will bring together the past and the present for the league’s diamond celebration: 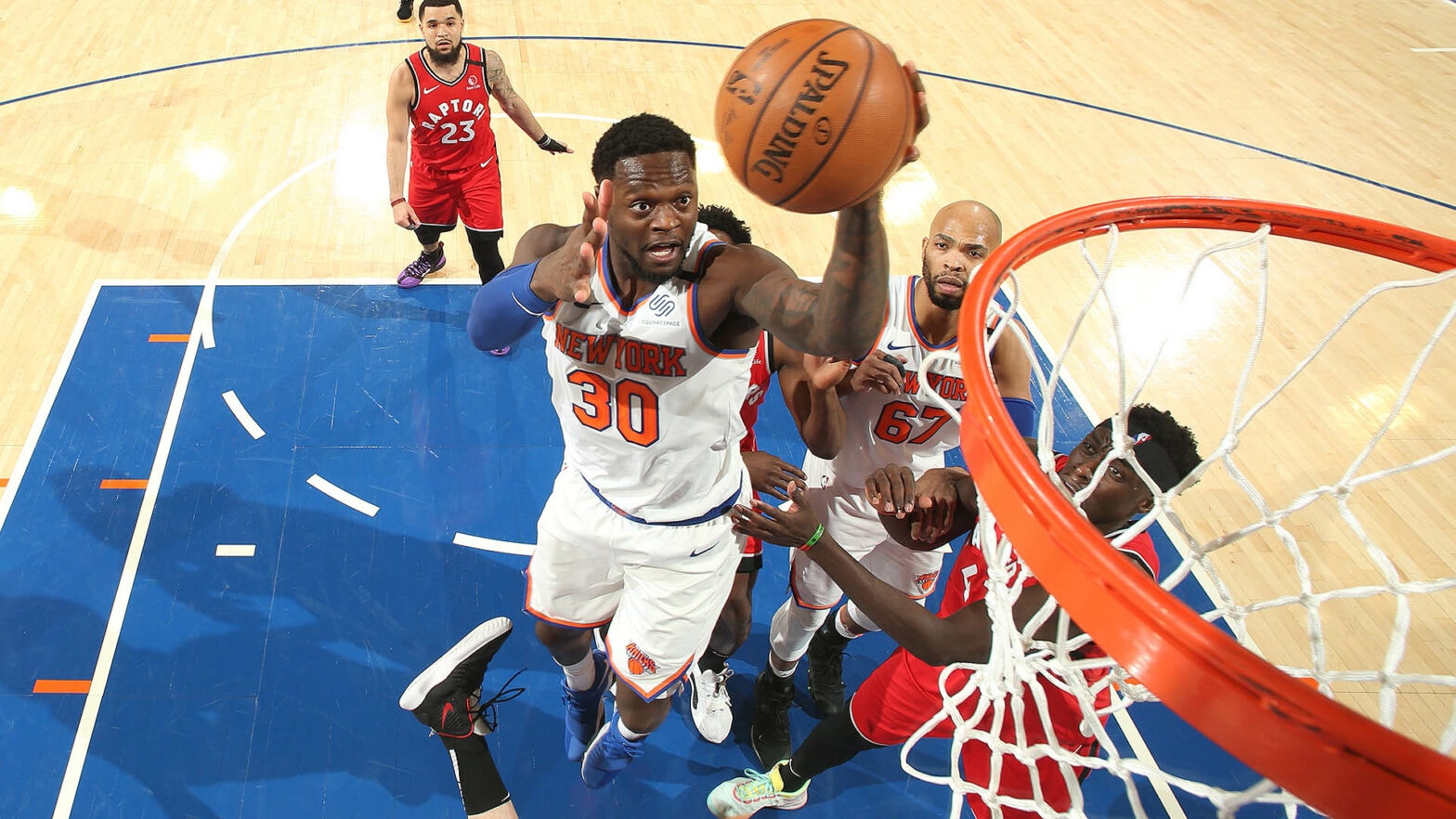 Julius Randle and the Knicks will take on the Raptors on Nov. 11 in honor of the NBA’s first-ever game.

Whoa, whoa, whoa, you might say. What’s so historical about a game when one of the teams didn’t even join the NBA until 1995? Well, the Raptors are going to play the Knicks on the 75th anniversary of the first NBA game ever, but it will be as stand-ins for the league’s first Toronto franchise, the Huskies.

It was the Huskies, one of the 11 original Basketball Association of America (BAA) franchises, who played host to the New York Knickerbockers when the lights came on for the first time. The Knicks are one of only three organizations that survived from that group of 11 uninterrupted through all these years. And the BAA is the official precursor league that absorbed much of the National Basketball League (NBL) and rebranded itself as the NBA beginning with the 1949-50 season.

Nitpickers might note that, while the inaugural game was played in Toronto’s Maple Leaf Gardens, this one will be staged at Madison Square Garden in Manhattan. That’s simply due to a schedule conflict, with J. Cole performing at Scotiabank Arena on the same night.

(Might as well sneak in a little history while we’re here: The BAA was established mostly by owners involved with National Hockey League teams as a way to keep their arenas busy. The Huskies were led by Ed Sadowski, their 6-foot-5 player-coach; Leo Mogus, and George Nostrand. On opening night, anyone taller than the 6-foot-8 Nostrand was admitted free of charge.

The Knicks won that night 68-66 and won the long game, too. Toronto finished 22-38 and disbanded after the season. Of the 20 players to appear for them in 1946-47, only five had careers that lasted 10 or more games beyond that first season.) 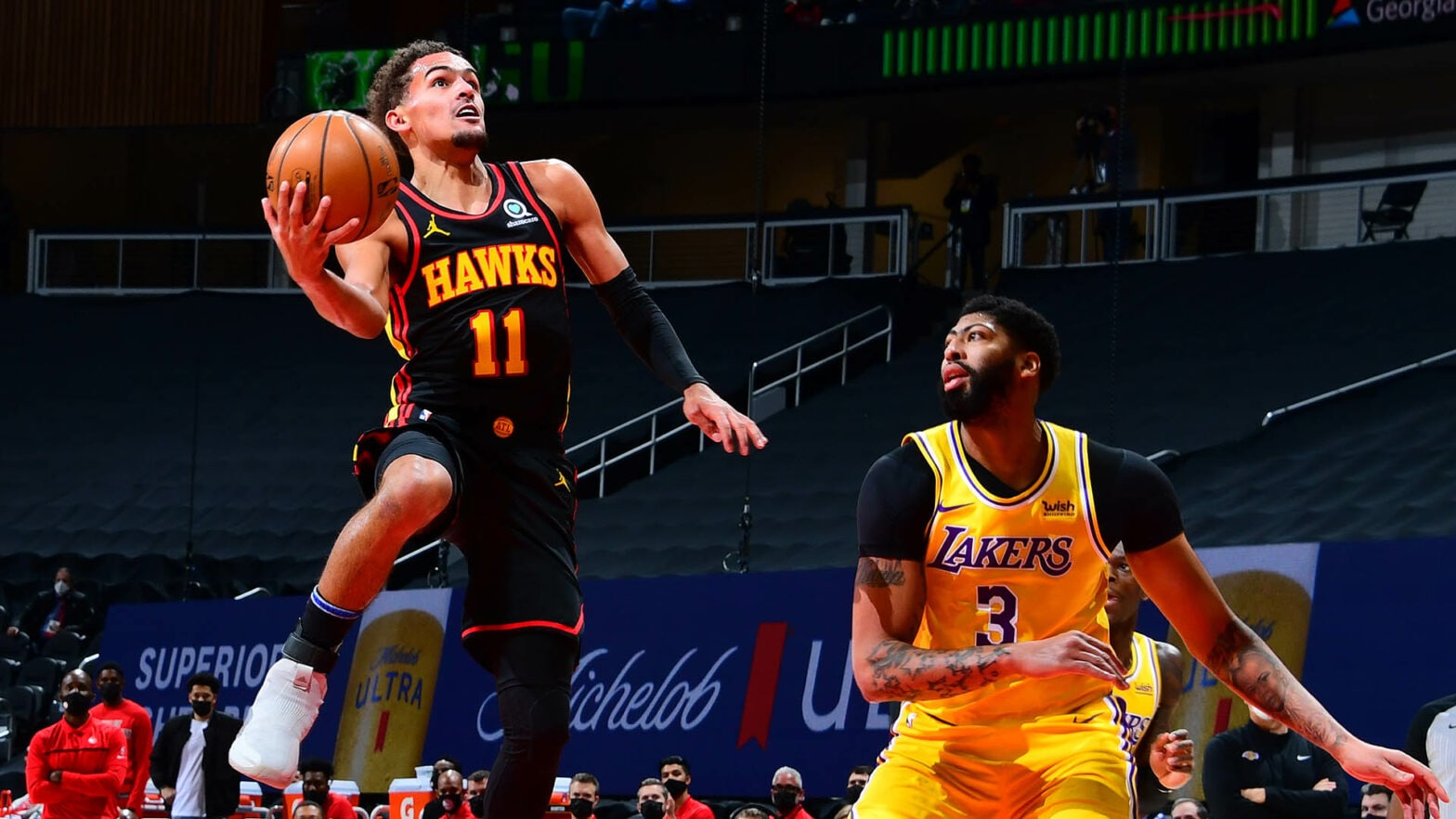 On Jan. 7, 1972, a Friday night at Georgia Tech’s Alexander Memorial Coliseum, the Los Angeles Lakers spanked the Atlanta Hawks 134-90. They outshot their hosts, 58% to 38.8%, had six scorers reach double figures, and limited the Hawks’ leading scorer, Pete Maravich, to 17 points.

But the bigger deal was that the victory was L.A.’s 33rd in a row, the final ‘W’ in a winning streak that still stands as the NBA record.

Two nights later, in Milwaukee, the crew led by Jerry West, Wilt Chamberlain, and Gail Goodrich (with Pat Riley coming off the bench) saw its streak snapped 120-104 to slip to 39-4. The Lakers went 2-4 over the two weeks that began on Jan. 9. Then it was a 28-6 rush to finish the regular season, on their way to the 1972 NBA title.

Trio of ‘Classic Matchups’ in December

Three games in the days heading toward the NBA’s big Christmas schedule will feature the only franchises remaining from the inaugural BAA season. The three franchises that have played in every NBA season — the Knicks, Boston Celtics, and Golden State Warriors (who began as the Philadelphia Warriors) — will face each other in three nationally televised games during a five-day December stretch.

Earlier this season, those three teams also unveiled their “Classic Edition” uniforms, which pay homage to their deep roots as founding franchises. 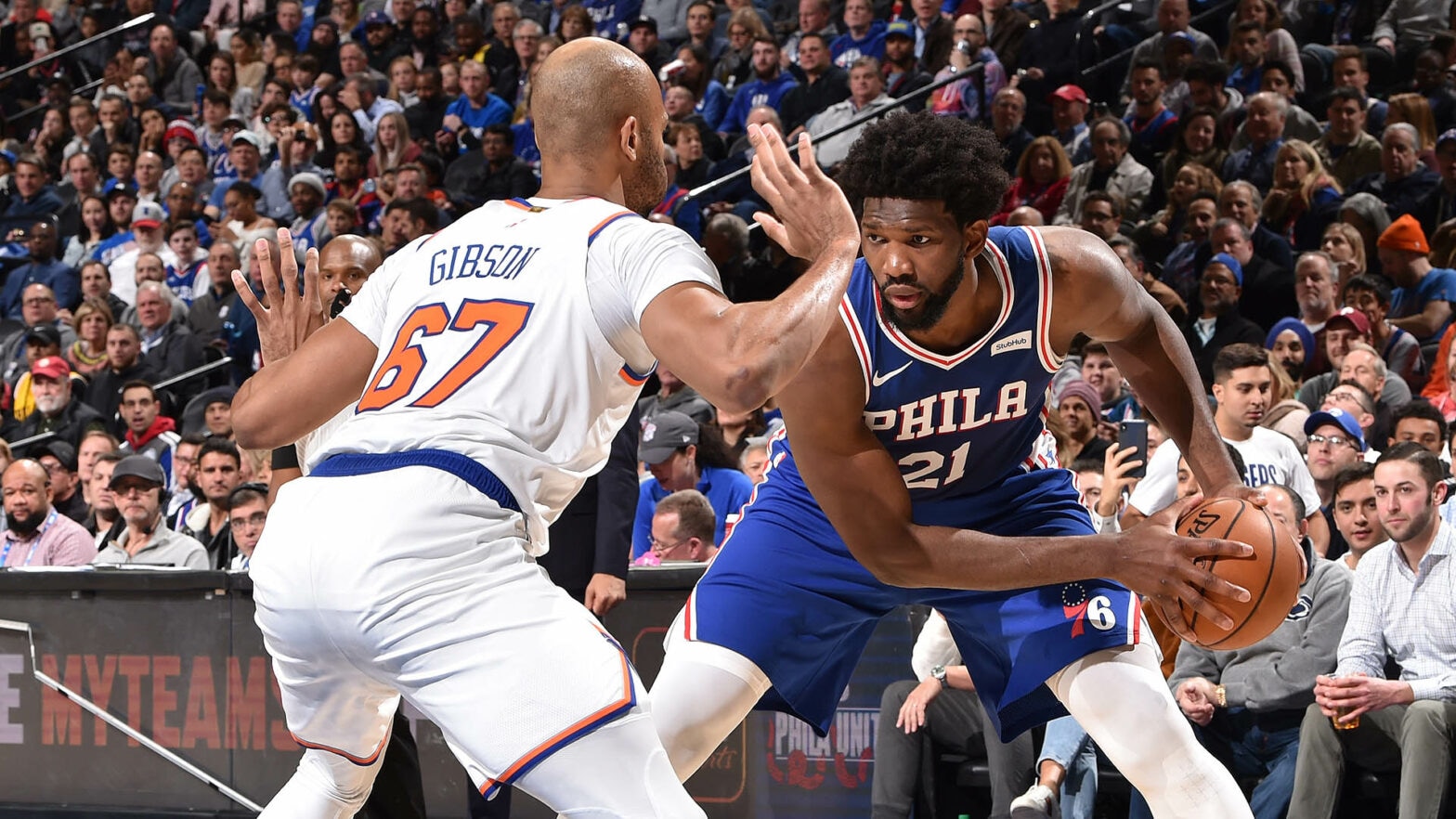 Joel Embiid and the Sixers will host the Knicks early in March of 2022.

This NBA anniversary is so notable, just the day — March 2 — gives it away to many fans. Add a couple more numbers — 1962 and 100 — and it’s a no-brainer: Wilt Chamberlain, arguably the greatest player in league history, scored 100 points to set the single-game record that has endured for more than 59 seasons. It will be 60 assuming no one matches or tops it before this anniversary is celebrated at Wells Fargo Center.

The Big Dipper (his preferred nickname) was with the Philadelphia Warriors then, in the season in which he would average an outrageous 50.4 points per game. Chamberlain made 36 of his 63 field-goal attempts and, though a notoriously poor free-throw shooter, made 28 of 32 from the line. The game was a neutral site event played in Hershey, Pa., before just 4,124 fans.

Chamberlain lived in New York, so he took a train and a bus to the game. Afterward, Knicks forward Willie Naulls and a teammate or two gave the Philly center a lift back to the city, while he dozed and occasionally heard them talking about what “that S.O.B.” did to them. Upon arrival, Chamberlain got out of the back seat and thanked them for giving them a ride.

Find out what is true and what is a myth surrounding Wilt Chamberlain’s 100-point game from 1962.

Chamberlain’s 100 has not been seriously challenged as the league’s top-scoring performance. Lakers guard Kobe Bryant scored 81 against Toronto in January 2006, Denver’s David Thompson had 73 in April 1978, and Lakers forward Elgin Baylor and San Antonio’s David Robinson scored 71 in 1960 and 1994 games respectively.

Still, Chamberlain owns five of the seven biggest points nights in history and 15 of the top 23.