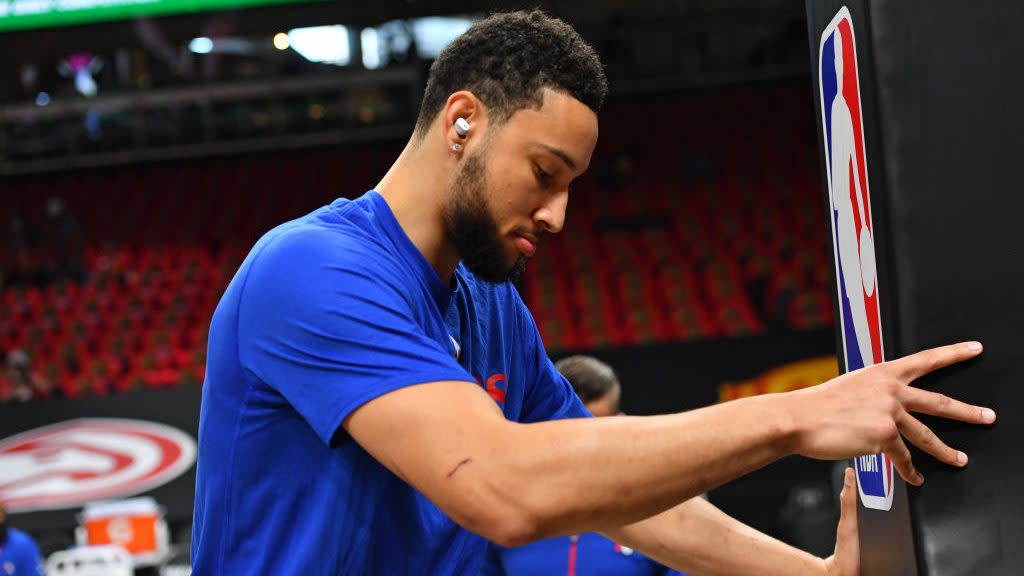 And the soap opera that is the Philadelphia 76ers goes on and on.

Ben Simmons says he is not mentally ready to play. Recently the 76ers started fining Simmons again until he worked with a team recommended specialist on his mental health issues and took part in other basketball-related obligations. Simmons complied with part of that and did meet with a team recommended mental health professional, however, he is still not around the team in a meaningful way.

That led the 76ers to fine Simmons for not joining the team on its current six-game road trip, even if he wasn’t going to play, reports Shams Charania of The Athletic.

Philadelphia wants to see Simmons working toward a return to the court, meeting with their mental health people and taking steps that would have him playing again as soon as possible.

Simmons’ agent, Rich Paul of Klutch Sports, said last week that the 76ers pushing his client to return to the court worsen his mental health issues. Paul said this is no longer about getting Simmons traded, it’s about getting him the help he needs so he can play again when ready.

Simmons can appeal these fines, but they go through an arbitration process that could take months (at best, it could drag out close to a year).

A trade remains the ultimate solution to the stalemate, but talks on that run remain stagnant as well, according to league sources. Those talks could pick up again on Dec. 15, when most of the players signed this summer are eligible to be traded, broadening the pool of potential deals.

Until then, the soap opera continues.

Check out more on the 76ers