Watch Anthony Davis get ejected while tying his shoe 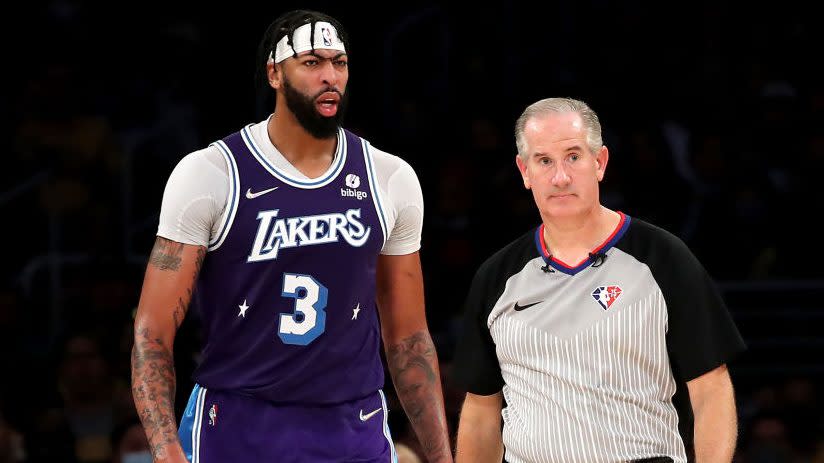 This would be the definition of a quick trigger.

With the Lakers getting thumped in the third quarter by the Bulls, Anthony Davis turned the ball over when he lost his shoe and fell out of bounds. Davis was putting his shoe back on and tying it when veteran NBA official Scott Wall gave the Bulls, who inbounded it and went up court for a 5-on-4. Davis and Wall had a little back and forth, then AD must have said something out of frustration and got ejected.

It’s an emotional game, and the players need to show it and express frustration — Wall let the play start while Davis was tying his shoe. He’s allowed to vent and use some colorful language. That was entirely too quick an ejection.

Not that it would have changed the outcome of the game had Davis stayed, the Bulls dominated the Lakers most of the night. Both teams were on a back-to-back, but the Lakers (without LeBron James) age and older legs showed as they didn’t have the same bounce. Davis had 20 points before getting tossed, Talen Horton-Tucker led the Lakers with 28 and has been a bright spot in the two games since he’s been back.

Watch Anthony Davis get ejected while tying his shoe originally appeared on NBCSports.com