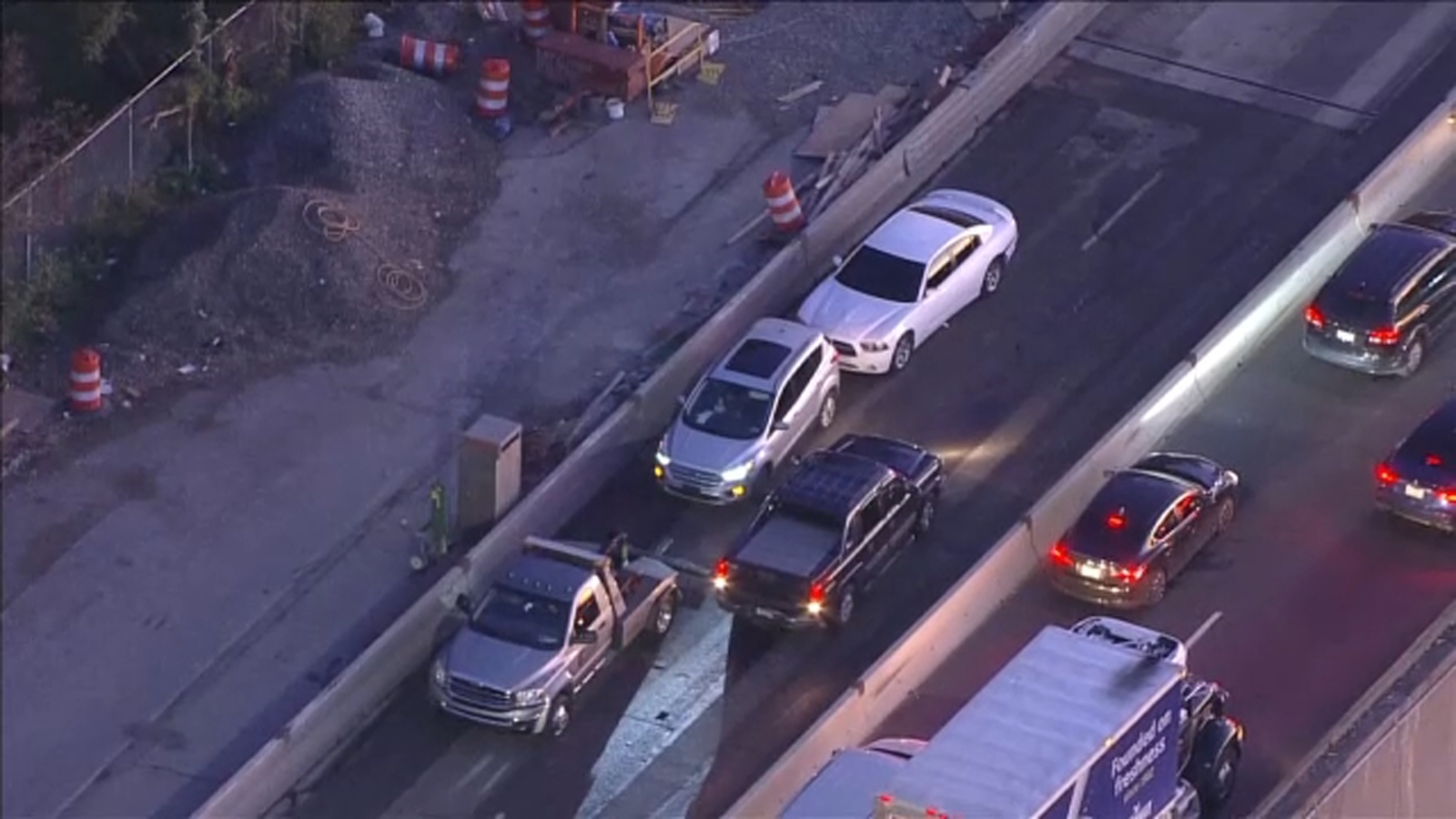 It happened around 5 a.m. in the southbound lanes of Roosevelt Boulevard Extension between Broad and Fox streets near East Falls.

Traffic was jammed on the Boulevard and surrounding streets for hours.

“It’s horrible. I’ve been stuck out here for 45 minutes,” Charles Stubbs of Northeast Philadelphia told Action News while being stuck in a long lines of cars.

Ice on the roadway could be responsible.

“That’s crazy though. I hope they’re OK,” said another driver as she sat in traffic.

Police investigated whether construction crews watered the bridge at night and, because of the cold temperatures, the water created an icy situation for drivers.

Wells added, “I’m coming from North Broad, heading down, and I noticed by Einstein (Medical Center) that it’s congested everywhere.”

All southbound lanes were closed so the cars could be moved.

Crews came out to salt the road before it reopened.

No injuries were reported.

Police are also investigating a fatal crash on the Roosevelt Boulevard that occurred Monday evening.
It happened around 6:20 p.m. in the inner northbound lanes near Revere Street in Northeast Philadelphia.

Police say a driver of a Nissan Maxima struck a female pedestrian.

She was taken to the hospital where she was pronounced dead.

The driver of the striking vehicle remained at the scene, police say.