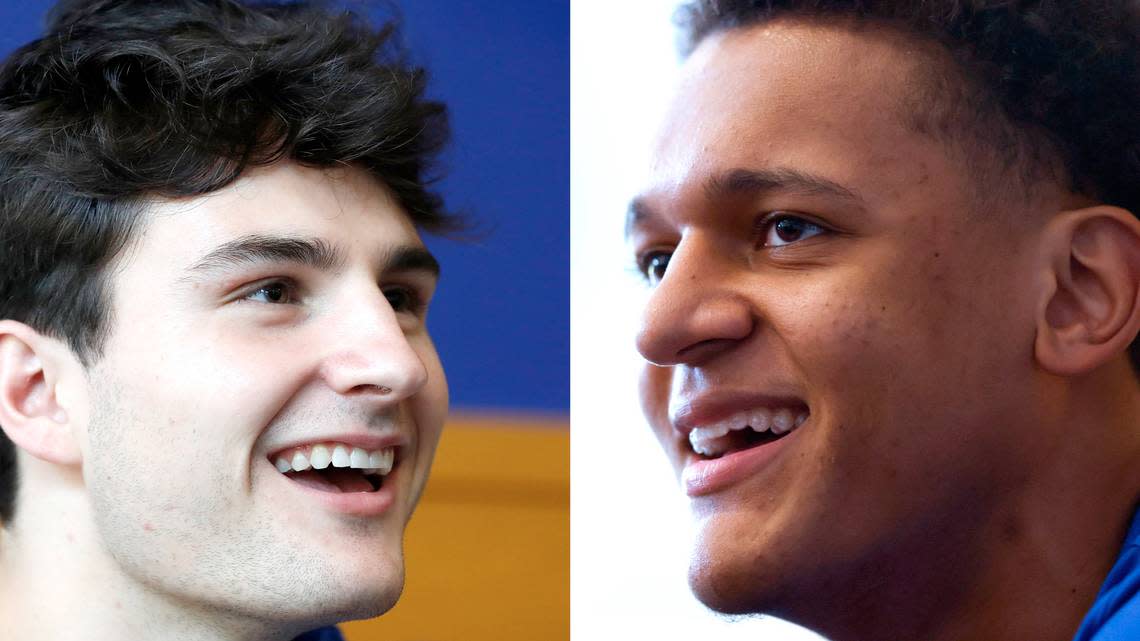 The N.C. Highway Patrol made the arrests in Orange County.

“We are reviewing a legal matter involving two members of the men’s basketball team,” Krzyzewski said in a statement released by Duke athletics to the N&O. “Any further actions as a result of this situation will ultimately be determined by the Vice President/Director of Athletics and University officials.”

The 20-year-old Savarino has a court date on Dec. 9 on his DWI charge. Banchero, who just turned 19 last Friday, has a Dec. 8 court date.

Their status for Tuesday night’s home game with Gardner-Webb is uncertain.

Savarino is the son of Debbie Krzyzewski Savarino, who is the oldest daughter of Krzyzewski and his wife, Mickie. Debbie Savarino is an assistant athletics director at Duke.

Michael Savarino joined the Blue Devils as a walk-on in 2019 and was elevated to a scholarship player this past offseason. He saw his first game action of this season on Friday night, playing four minutes in Duke’s 82-56 win over Army West Point at Cameron Indoor Stadium.

Banchero was named the ACC’s preseason player of the year and is projected to be one of the top picks in next summer’s NBA Draft if he leaves school after one season at Duke, as expected.

Banchero scored 18 points with seven rebounds in Duke’s 67-56 win over Campbell on Saturday night at Cameron Indoor Stadium. Savarino did not play in the game.

This story is developing and will be updated.