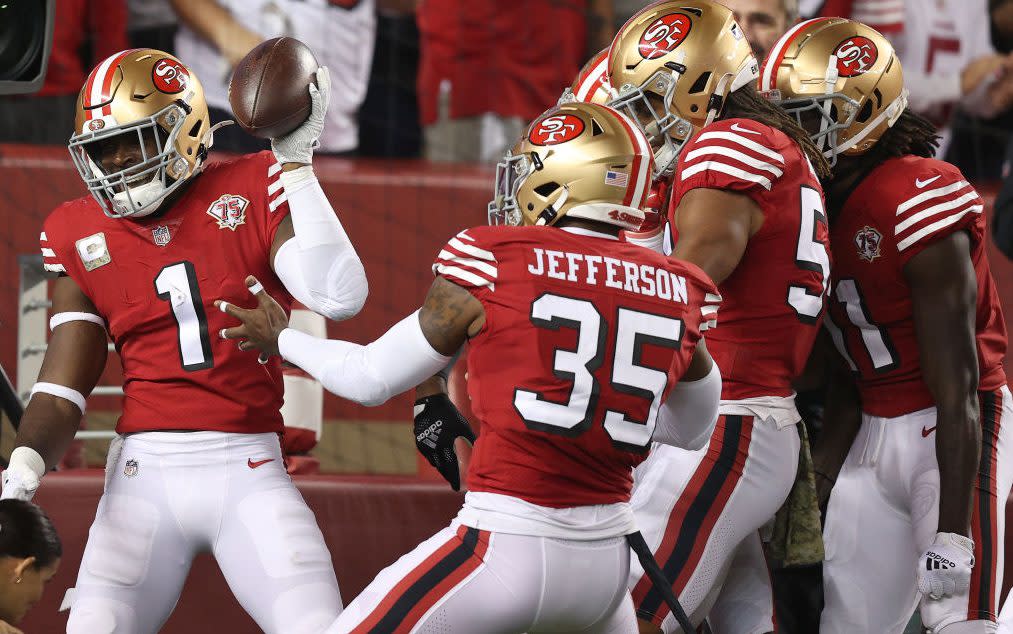 The Rams had a chance to cut the 49ers’ 14-point lead before halftime. They didn’t.

Los Angeles reached the San Francisco 17-yard line with 18 seconds left in the second quarter. Facing a fourth-and-eight, the Rams tried a fake field goal. Holder Johnny Hekker threw a pass to Kendall Blanton, gaining only 2 yards before D.J. Jones made the tackle.

The Rams thus trail 21-7 at halftime, and the 49ers get the second half kickoff.

The 49ers have 89 yards rushing and 89 yards passing, and Garoppolo is 8-for-8 for 89 yards and the touchdown.

Jimmie Ward had two interceptions of Matthew Stafford on the Rams’ first two possessions, and the safety returned the second for a 27-yard touchdown.

Stafford is 13-of-17 for 138 yards with one touchdown and the two picks. Cooper Kupp has four catches for 44 yards, while Van Jefferson has caught two passes for 49 yards. New addition Odell Beckham has two receptions for 18 yards.

Von Miller has one tackle in his Rams debut.