LEVITTOWN, Nassau County (WABC) — A fourth tornado is confirmed to have touched down on Long Island over the weekend, the National Weather Service said Monday.

The EF-0 twister caused damage in Westhampton and is the third confirmed in Suffolk County during the storm.

Residents across the island continue to cleanup Monday, including in Levittown, where another EF-0 tornado uprooted a tree and ripped up the sidewalk on Tulip Lane.

A stronger EF-1 tornado was confirmed in Shirley, while another EF-0 tornado touched down in East Islip.

A Chipotle restaurant was badly damaged and a section of a roof was torn off of a shopping center. 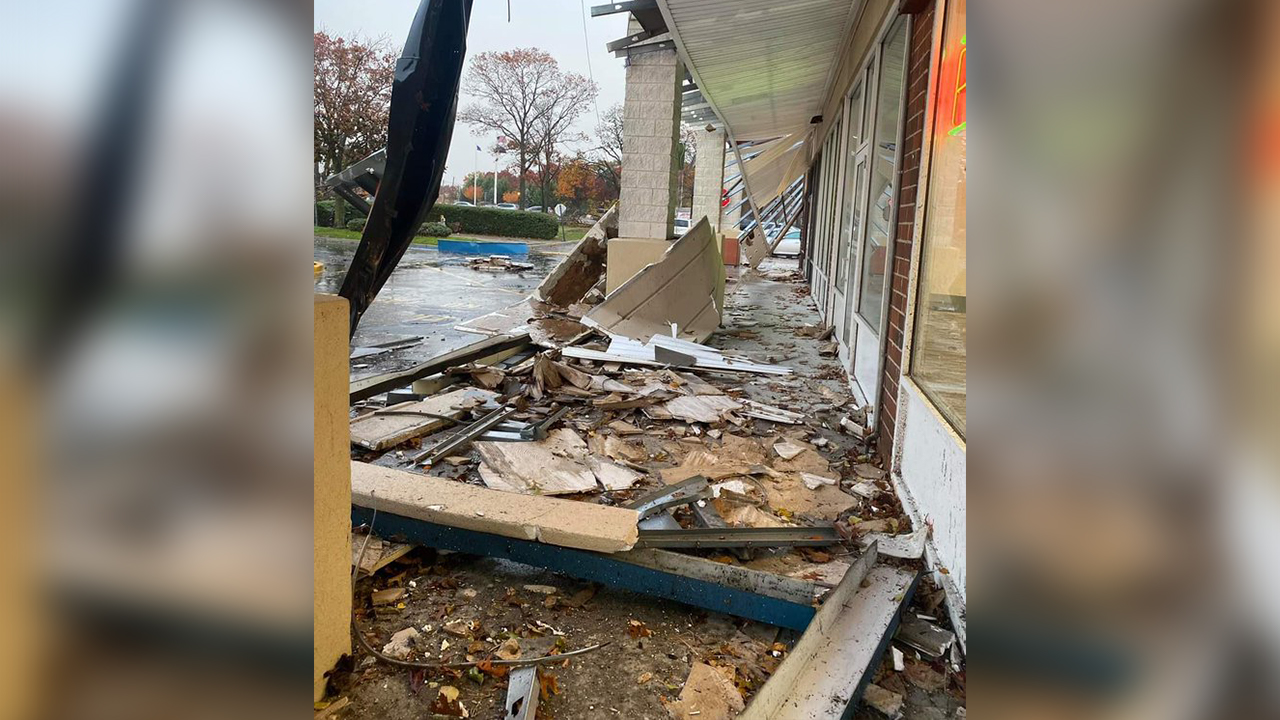 The National Weather Service said the first report of a touchdown was in Woodmere, where several trees and powerlines were down.

The twisters were only on the ground for a few minutes but managed to rip off roofs, take down power lines, and topple trees.

A number of small planes were overturned at Brookhaven Calabro Airport.

Thankfully, most people took notice of the severe thunderstorm and tornado warnings.

Residents went into their basements or interior rooms, and there were no reports of any injuries.

Storms also brought quarter-size hail along with cloud-to-ground lightning as the line raced east at 50 mph.

Eyewitnesses also captured footage of the hailstorms as it moved through New Milford, New Jersey.