A timeline of the California oil spill, from the first report to the clean-up 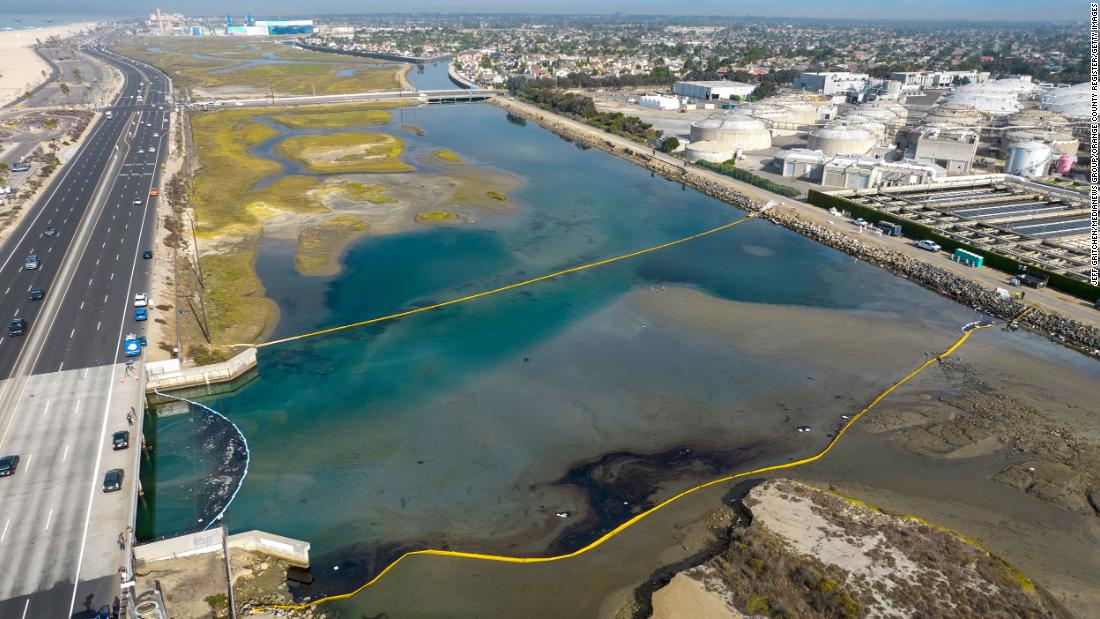 The time period between those two events is now under closer scrutiny as the extensive oil spill has shut prized beaches, damaged coastal habitats, and threatened the health of animals and people who call the area home.

The leak is no longer active, but up to 144,000 gallons of oil may have spewed into the ocean from a 13-inch gash in a pipeline about 4.5 miles offshore, officials said.

Here’s a look at what authorities and the pipeline operator knew and did in the aftermath of the oil spill, based on press conferences, statements, and government investigators.

The San Pedro Bay Pipeline was installed off the coast of California in 1980. The pipeline, which stretches 17.7 miles and measures 16 inches in diameter, moves crude oil from Platform Elly offshore to the Beta Pump Station in Long Beach.

“It was due for its second internal inspection at the end of this month,” he said.

The National Response Center (NRC) first receives a report of an unknown sheen of an unknown source Friday evening, according to the Unified Command of agencies investigating the leak.

“These types of reports are common and in many cases, the sheen reported can be natural seepage of oil or sheen that is never located,” the Unified Command said in a news release. “NOAA satellite imagery was reported to agencies early morning reporting a possible oil anomaly.”

Protocol in this situation is to reach out to the reporting source to get more information, according to Coast Guard Capt. Rebecca Ore.

“At that time, as it approaches nightfall, sheens can be very difficult to see on the water,” she later explained. “The information from the reporting source that Coast Guard investigators spoke with was inconclusive.”

Crews from the California Department of Fish and Wildlife’s Office of Spill Prevention and Response investigate the sheen report before sunrise, but conditions were foggy and the crew returned to shore, according to the unified command.

“The Coast Guard and Orange County Sheriff deployed at first light once the fog lifted to investigate. A Coast Guard aircraft was diverted to support the investigation. On Saturday morning, the company confirmed a release of oil from a pipeline,” the Unified Command said.

The pipeline is operated by Beta Offshore, a subsidiary of Amplify Energy. A preliminary timeline of the response is laid out in a notice from the US Department of Transportation Pipeline and Hazardous Materials Safety Administration.

At 2:30 a.m. PT, Beta Offshore’s control room personnel received a low-pressure alarm on the pipeline, indicating a possible failure, according to the agency.

At about 6 a.m., or more than three hours later, Beta Offshore reports the pipeline was shut down.

Another three hours later, at 9:07 a.m., Beta Offshore reports the accident to the National Response Center and indicated crude oil had been released near its pipeline.

The Coast Guard issues a press release announcing a Unified Command has been established to respond to an oil spill reported to be about 13 square miles in size about 3 miles off the coast of Newport Beach. The release says aircraft are checking on the incident and asks members of the public to avoid oiled areas.

The Unified Command is made up of the Coast Guard, Beta Offshore, and the California Office of Spill Prevention and Response. In addition, the cities of Long Beach, Newport Beach and Huntington Beach, and the Orange County Sheriff’s Department, are supporting agencies.

Huntington Beach officials report that up to 3,000 barrels, or about 126,000 gallons, of crude oil, spewed into the ocean, and later increased the maximum potential oil to 144,000 gallons.

At 1:41 p.m., the US Coast Guard submits a second NRC report that notes marine life covered in oil and dead fish.

At 2:20 p.m., the Coast Guard submits a third NRC report saying that the failure may have been caused by a crack in the pipeline.

California Department of Fish and Wildlife issues declaration of fisheries closure and public health threat caused by the oil spill.

Divers confirm that a 4,000-foot section of the pipeline was displaced about 105 feet and had a 13-inch split along its side that was likely the source of the leak, the Unified Command says.

The Unified Command holds a press conference announcing its timeline of actions and explaining what divers and remotely operated vehicles, or ROVs, had learned about the source of the leak.

“The pipeline has essentially been pulled like a bowstring,” Willsher, the Amplify Energy CEO, said at a news conference Tuesday. “And so at its widest point, it is about 105 feet away from where it was. So, it is kind of in almost a semicircle.”

A preliminary report indicates the partial tear could have been caused by an anchor that hooked the pipeline, the US Department of Transportation Pipeline and Hazardous Materials Safety Administration said in a notice to Amplify Energy.

Gov. Gavin Newsom declares a state of emergency due to the oil spill.