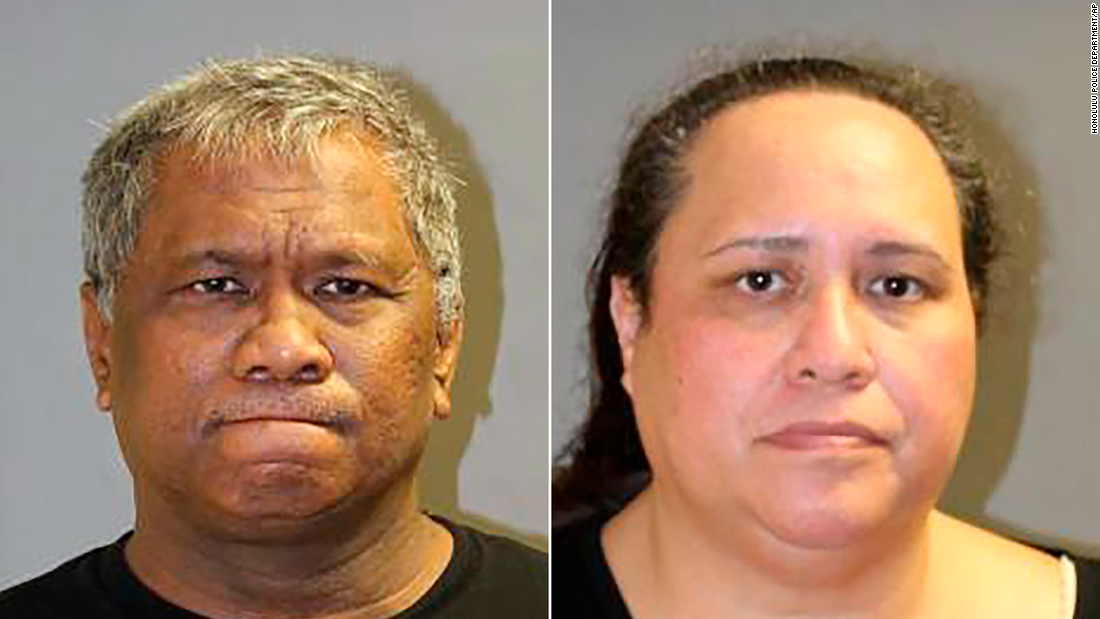 Isaac and Lehua Kalua both face second-degree murder charges in the death of Isabella, who was known as “Ariel.”

The couple reported Ariel missing on September 13, but investigators believe the girl was killed about a month earlier, with her last appearance on home video surveillance systems August 18.

An affidavit in support of an arrest warrant for Lehua Kalua filed Friday in Family Court of the First Circuit in Hawaii describes the gruesome conditions police are investigating.

Ariel and several of her siblings were adopted or are being fostered by the Kaluas, according to the documents, which were provided by CNN affiliate Hawaii News Now.

According to the documents, the Kaluas told police they had last seen Ariel the night of September 12 and she was missing from her bedroom the next morning.

But in early November, during an interview with one of Ariel’s siblings about the disappearance, the child told police they were “asked to keep a secret by Lehua and Isaac regarding what happened to [Ariel],” court documents say.

The sibling said Ariel “was in the bathroom in a dog cage, duct tape on her mouth and nose, and she didn’t wake up,” the documents allege. The sibling told police Ariel was not breathing and Lehua Kalua then put her in the bathtub to try to wake her up, which did not work. The sibling described to police helping to carry their sister into their shared bedroom.

The affidavit says the child told police they do not know what happened to Ariel after that. Police have said her remains have not been found.

The next day Isaac Kalua went to an emergency room and was seen for “possible Covid symptoms,” the document says. The sibling told police the adopted father was just pretending to have Covid, saying they “knew Isaac was pretending” because they thought he took off work to help Lehua Kalua “to get rid of the stuff…evidence,” the document says.

During the interview with police, Ariel’s sibling told police Lehua Kalua bought a dog cage on the internet to lock Ariel up in at night, because the 6-year-old “would sneak around at night and want to eat because she was hungry,” the document says. The child told police Ariel was often denied food by Lehua Kalua, adding they did not have a dog at the time.

The couple appeared via video link from Oahu Community Correctional Center and did not speak, allowing an attorney to enter a not guilty plea on their behalf.

It is unclear who the couple has hired as an attorney to represent them in this case. Attorney William Harrison, a family friend who has spoken on behalf of the Kaluas, told the Associated Press he is not representing them in the case. Harrison told the AP he is “obviously saddened by what’s written,” in the court filing.

CNN has reached out to Harrison but has not heard back.

The judge denied bail and the couple are set to appear in-person for their preliminary and probable cause hearing November 26.