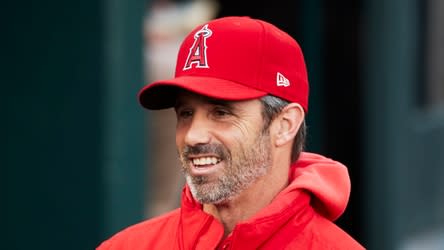 With Billy Eppler set to take over baseball operations for the Mets, the next step will be hiring a manager.

Mets sources say that Eppler arrives with a list of candidates, no different from anyone else new to the position. But he does not come with a ready-made hire, as Billy Beane might have with his longtime Oakland Athletics manager Bob Melvin.

A league official familiar with Eppler’s thinking linked Eppler with the following names: Brad Ausmus, who managed under Eppler in Los Angeles before owner Arte Moreno forced a Joe Maddon hire; Joe Espada, the Houston bench coach who worked with Eppler as a Yankees scout and coach; Eric Chavez, whom Eppler brought over from the Yankees to serve as a special assistant with the Angels.

Ausmus — who, like team president Sandy Alderson, attended Dartmouth College — has attracted interest from the Mets in the past.

Chavez is currently in the mix for a job on the Yankees’ coaching staff, but that is not inevitable. And even if the Yanks hire him, they would likely grant permission to interview for a managerial job.

The official also noted that Eppler interviewed former Red Sox manager John Farrell and longtime skipper Buck Showalter in the search that led to Maddon’s hire in 2018. Maddon was an ownership-level decision, but there is some significance to who Eppler brought in during the process.