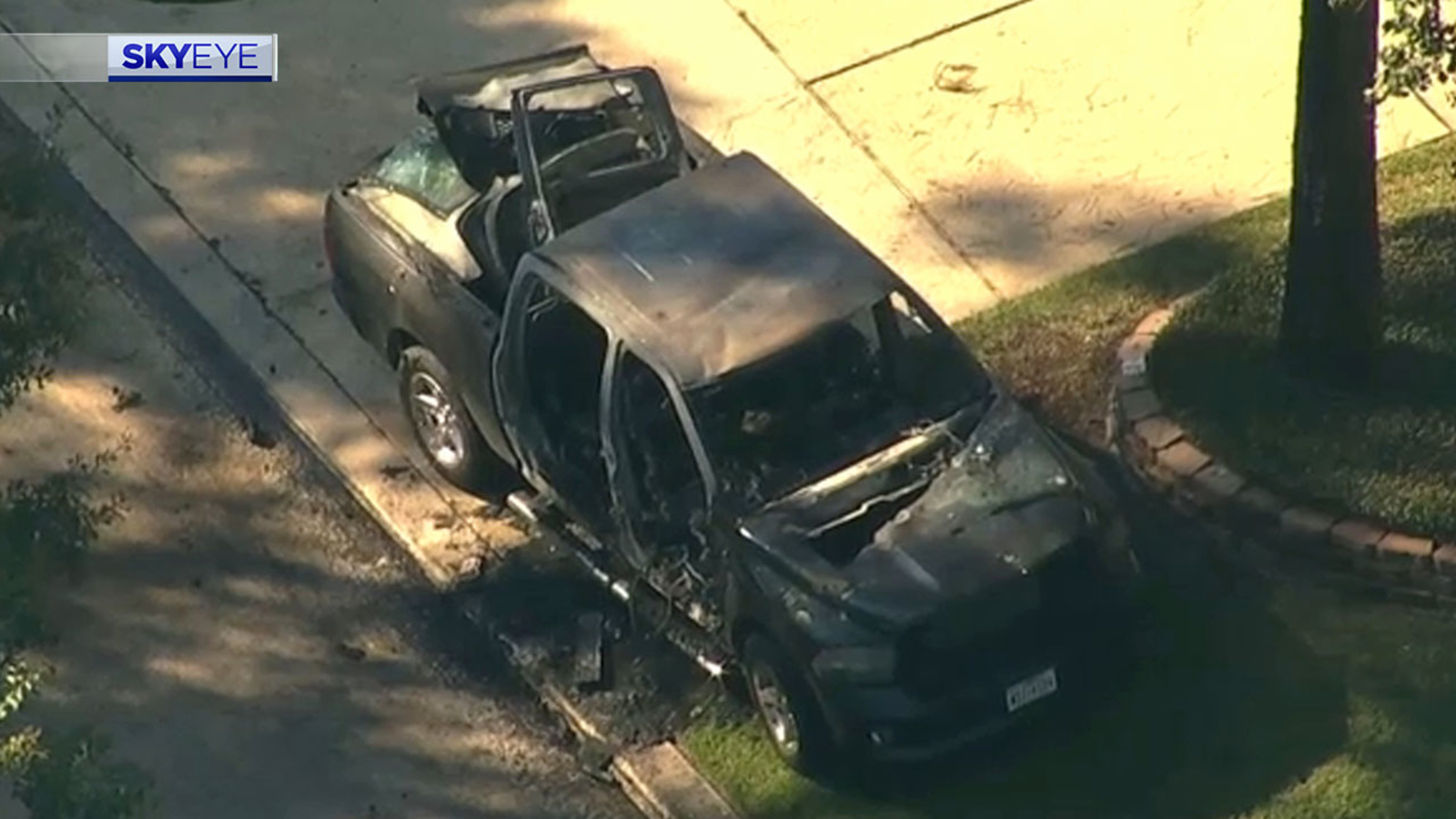 ATASCOCITA, Texas (KTRK) — A man in his 20s was flown to the hospital with serious burns Friday morning after what the Harris County sheriff called a “bizarre incident” involving an exploding truck.

Sheriff Ed Gonzalez said his deputies were called to the 20900 block of Greenfield Trail in Atascocita for a reported vehicle on fire and explosion.

According to the sheriff, a man left a residence after an argument with his girlfriend when he got into his truck that then erupted into flames and exploded. The truck came to rest in a neighbor’s yard.

The male exited the truck and collapsed, Gonzalez said.

The victim, who was not immediately identified, was transported by LifeFlight to a hospital in critical condition.

Harris County Fire Marshal’s Office said the fire was determined to be accidental, adding the victim was refilling a butane lighter and smoking, causing the vapors from the butane to ignite.

SkyEye flying over the scene captured the burned remnants of the pickup. Gonzalez said the truck is considered completely burned.