Biden to LGBTQ Americans on National Coming Out Day: ‘You are loved and accepted just the way you are’ 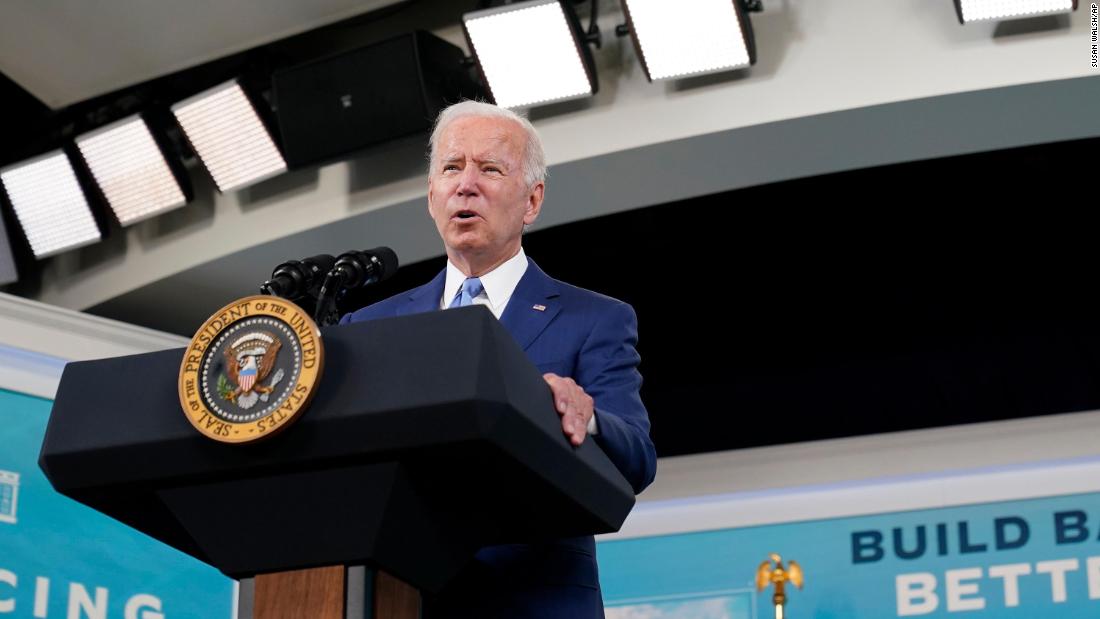 “Today and every day, I want every member of the LGBT+ community to know that you are loved and accepted just the way you are — regardless of whether or not you’ve come out,” Biden said in a statement.

The President said: “Bullying and harassment — particularly of young transgender Americans and LGBT+ people of colour — still abounds, diminishing our national character. We must continue to stand together against these acts of hate, and stand up to protect the rights, opportunities, physical safety, and mental health of LGBT+ people everywhere.”

“From defeating discriminatory bills to passing the Equality Act, we have more work to do to ensure that every American can live free of fear, harassment, and discrimination because of who they are or whom they love,” Biden said.

The Equality Act would amend the 1964 Civil Rights Act to explicitly include gender identity and sexual orientation as protected classes. The bill passed the House of Representatives, but its fate in the Senate remains unclear.

In May, the Human Rights Campaign said 2021 has been the worst year for anti-LGBT legislation in recent history. In particular, a record number of bills aimed at curbing the rights of transgender Americans have been introduced in state legislatures across the country. A majority of those bills would specifically affect transgender youth.

On his first day in office, Biden signed an executive order compelling agencies to implement a recent Supreme Court decision prohibiting sexual orientation and gender identity discrimination in the workplace in laws that prohibit discrimination on the basis of sex.

Biden signed an executive order repealing a Trump-era ban on most transgender Americans joining the military. The President also issued the first-ever federal proclamation of its kind for this year’s International Transgender Day of Visibility.

In his Monday statement, Biden pointed to the members of the LGBT community who serve in high-ranking positions in his administration. Transportation Secretary Pete Butting is the first Senate-confirmed LGBT Cabinet secretary, and Dr. Rachel Levine, who serves as the assistant secretary of health at the Department of Health and Human Services, is the first out transgender federal official to be confirmed by the chamber.

“To LGBT+ people across the country, and especially those who are contemplating coming out: know that you are loved for who you are, you are admired for your courage, and you will have a community — and a nation — to welcome you. My Administration will always have your back, and we will continue fighting for the full measure of equality, dignity, and respect you deserve,” Biden said.

CNN’s Betsy Klein and Dean Cole contributed to this report.