Biden to participate in CNN town hall in Baltimore 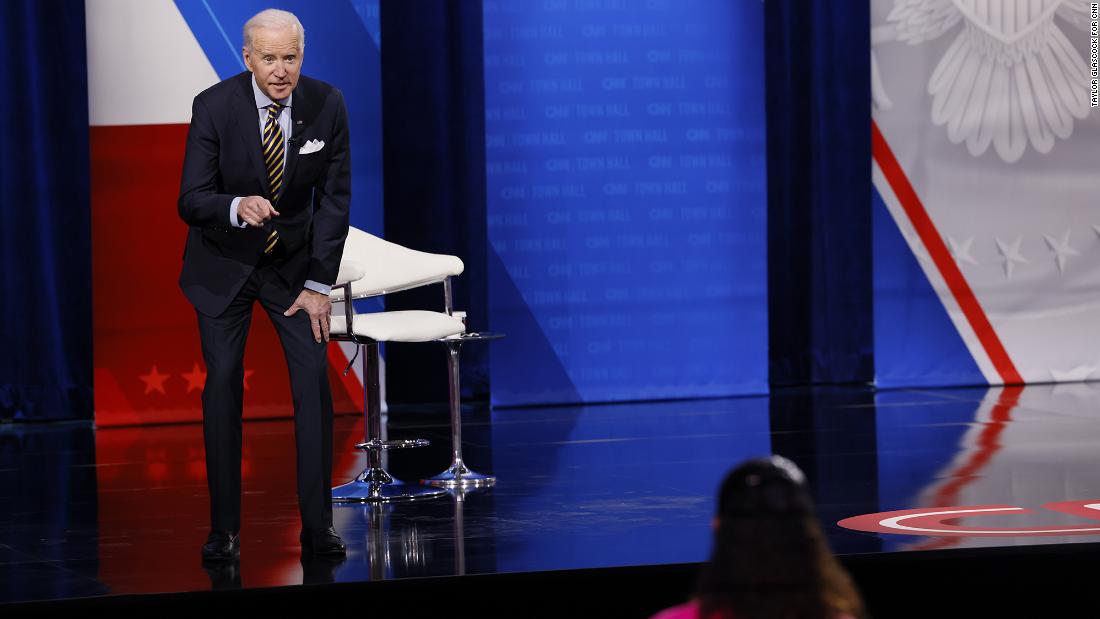 CNN anchor Anderson Cooper will moderate the live broadcast event, which will air at 8 p.m. ET on CNN and last 90 minutes. A CNN spokesperson said an invitation-only audience will be present at the town hall and the network will follow all local and state Covid-19 guidance and regulations to ensure a safe event. The town hall’s location will be announced in the coming days.

The President has spent months delivering speeches across the country trying to sell the public on his infrastructure plans. And this week, Biden is meeting with lawmakers to negotiate both aspects of his infrastructure proposals — a sweeping economic package to expand the social safety net and a $1.2 trillion bipartisan infrastructure bill.

The long slog of congressional negotiations is expected to loom over the upcoming November elections, which are just weeks away. Although Democrats have confidence in Congress’ ability to pass the bills in some form, the possibility for those bills to pass before the November elections — acting as a boon for Democratic candidates — is becoming less likely as each day passes.

McAuliffe’s race is of concern for Democrats, given that his state is acutely attuned to the federal government’s actions in neighboring Washington.

There’s support among Republicans and Democrats for the infrastructure proposals. A CNN Poll conducted by SSRS earlier this month found that support for an economic bill that enacts all the proposed social safety net and climate change policies is broadest among liberal Democrats (84%), but two-thirds of moderates and conservatives in the party share that view (67%).

In that same poll, Americans were divided over the President’s approval rating.

Fifty percent of individuals polled approved, while 49% disapproved — largely unchanged from a CNN poll conducted in August and September.

The event will stream live on CNN.com’s homepage and across mobile devices via CNN’s apps for iOS and Android with a log-in to a cable provider. It can also be viewed on CNNgo (at CNN.com/go on your desktop, smartphone, and iPad, and via CNNgo apps for Apple TV, Amazon Fire, Android TV, Chromecast, Roku, and Samsung Smart TV). The special will also be available on-demand to subscribers via cable/satellite systems, CNNgo platforms, and CNN mobile apps.