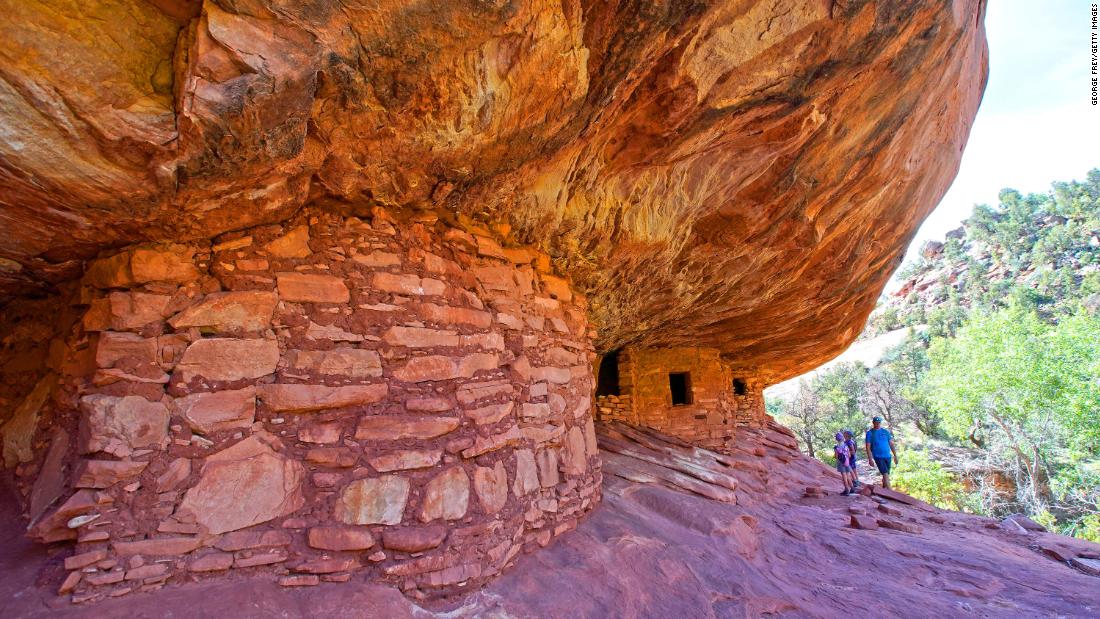 “This may be the easiest thing I’ve ever done as president, so far,” Biden said ahead of making the announcement.

“I’m grateful to the tribal nation leaders, both those who are here with us today and those unable to join us. Today I’m proud to announce the protection and expansion of three of the most treasured national monuments, our most treasured, based on powers granted to the President on the Antiquities Act first used more than a century ago by Teddy Roosevelt,” Biden said.

“The truth is that National monuments and parks are part of the identity, our identity as a people,” the President added. “They are more than natural wonders, they’re the birthright we passed from generation to generation, a birthright of every American. Preserving them is the fulfillment of a promise to our children.”

“We’re not only saving birds and fish and the livelihoods of people who depend on them, but we’re also shoring up the natural defenses to absorb the fury of hurricanes and superstorms,” Biden said. “Nearly one-in-three Americans live in a community that has been struck by weather disasters just in the last few months — hurricanes, wildfires, droughts, heat waves — both the Build Back Better plan and my bipartisan infrastructure bill make critical investments, significantly increasing the resilience of these devastating effects on the climate crisis.”

The decision marks a reversal of Trump administration policy that shrank the Bears Ears monument, which Obama established, by 85%, and the Grand Staircase-Escalante monument, which then-President Bill Clinton designated, by roughly 45%.

The two former Democratic presidents designated the Utah monuments for protection hoping to preserve their culture, history, and natural beauty. While announcing his policy in 2017, Trump slammed what he called “federal overreach” and said past administrations thought “the natural resources of Utah should be controlled by a small handful of very distant bureaucrats located in Washington. And guess what? They are wrong.”

Utah Republican Gov. Spencer Cox said Thursday in a critical statement that he had been informed of the decision to expand the monuments’ size by Interior Secretary Deb Haaland.

“The President’s decision to enlarge the monuments again is a tragic missed opportunity — it fails to provide certainty as well as the funding for law enforcement, research, and other protections which the monuments need and which only Congressional action can offer,” Cox said.

Republican Sen. Mitt Romney of Utah also criticized the move, saying Thursday on Twitter that his state’s national monuments are being used as a “political football.”

“The decision to re-expand the boundaries of Bears Ears and Grand Staircase-Escalante is a devastating blow to our state, local, and tribal leaders and our delegation,” Romney said. “The President squandered the opportunity to build consensus by working with stakeholders to find a permanent, legislative solution to resolve the longstanding dispute over the monuments’ boundaries & management, which would’ve brought certainty to and benefited all stakeholders.”