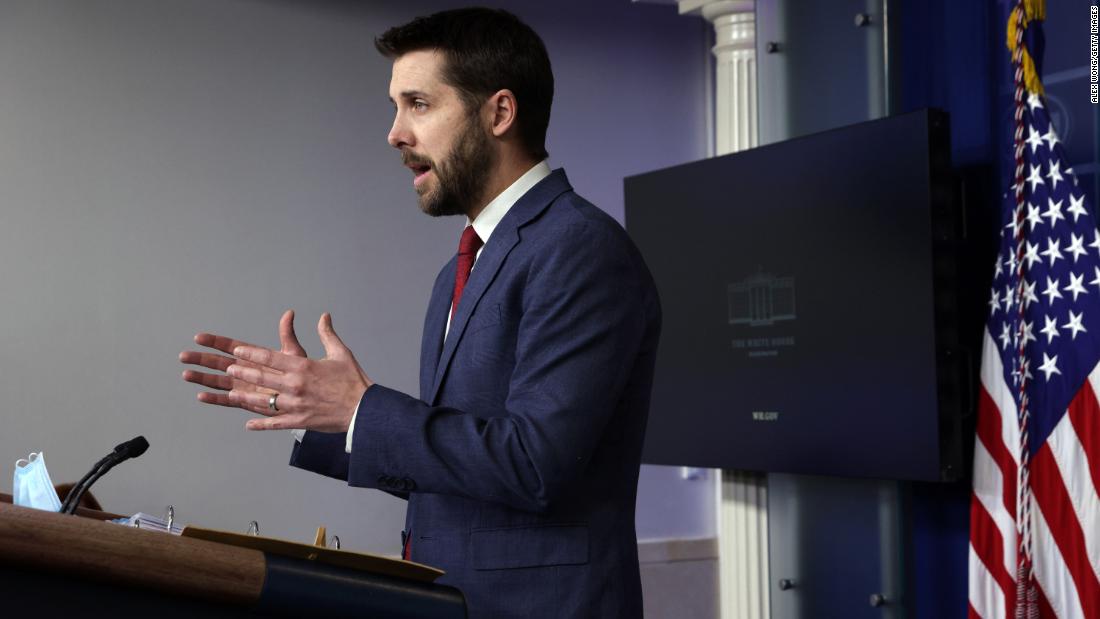 “Well, inflation is high right now, and it is affecting consumers in their pocketbook and also in their outlook for the economy. But those concerns underscore why it’s so important that we move forward on the Build Back Better legislation — this legislation that the House is going to consider this week,” Brian Deese, the director of the National Economic Council, told CNN’s Jake Tapper on “State of the Union.”

“This, more than anything, will go at the cost that Americans face,” he added, noting that the bill’s provisions won’t add to any inflationary pressures.

The comments from Deese come as House Democrats hope to pass the $1.75 trillion economic bill this week, pumping money into a number of social safety net programs that the White House aide argued “go at lowering costs for American families.” Deese said he’s “confident” that the chamber will approve the package this week.

Deese acknowledged during his interview that inflation is “high right now,” and, when asked by Tapper when inflation will go back below the 2% level considered normal, he pointed to experts estimating it would happen in 2022.

Deese would not directly answer whether Biden was willing to open the US’ Strategic Petroleum Reserve or to stop gas and oil exports to address rising crude oil prices, telling Tapper: “We are very committed to do everything we can to make sure that American consumers don’t bear the brunt of high gas prices and volatile energy prices and the President has made clear that all options are on the table.”

Biden, like Deese, was noncommittal last week on ordering a Strategic Petroleum Reserve release after the OPEC+ coalition rejected calls from the US and other big oil consuming nations to increase output by more than planned in December.

A release from the SPR, which is designed to protect the nation against a major disruption in oil supplies, would likely only provide modest, temporary relief from higher prices at the pump.

This story has been updated with additional details Sunday.