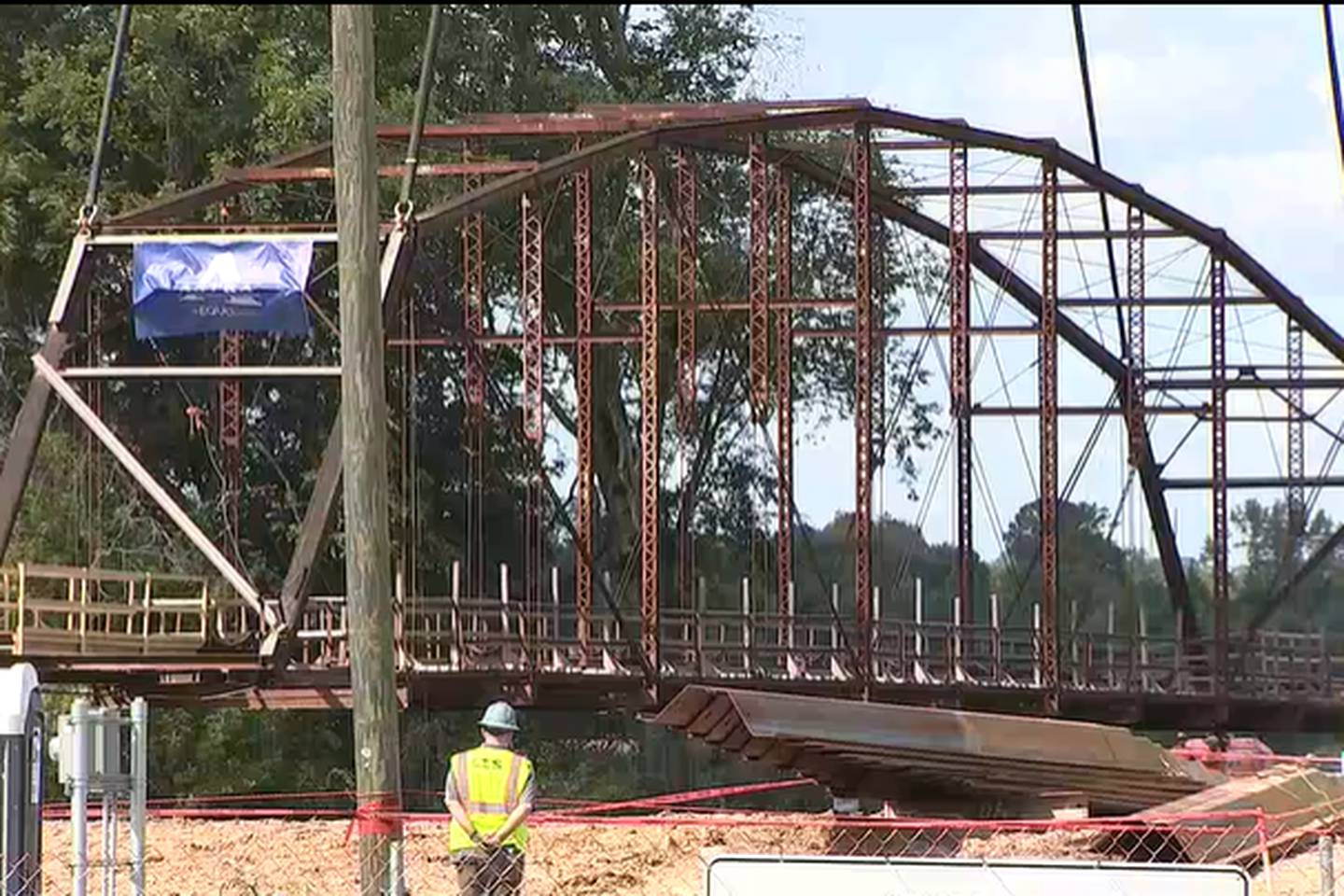 An abandoned bridge was lifted off its standings to make way for a pedestrian-friendly bridge between Netting and Fulton counties.

Channel 2′s Netting County Bureau Chief Tony Thomas was at Rogers Bridge Park Monday, where he watched the crews slowly lift the historic bridge with a big crane and set it down on the Johns Creek side of the river.

After more than 100 years spanning the Chattahoochee, Rogers Bridge creaked and moaned as crews lifted it off its supports.

The 228-foot-long steel bridge will soon be replaced by a new pedestrian and bike-only bridge.

Rogers Bridge was built in 1912 and used mainly to haul cotton from the Fulton side of the river into the railroad in Duluth and Suwanee. It’s been abandoned since the 1970 s.

“It’s about the past,” Ed Malone, with the local historical society, said. “Today is today, and in the future, we will remember the bridge for a long, long time.”

The new 14-foot-wide, $7.2 million bridge will link Rogers Bridge Park to what will be Caulker Creek Park in Johns Creek, and then on to miles of trails across the two counties.

Pieces for the new bridge should begin arriving in February with construction set to start in the spring. The bridge is expected to open some time late next summer.

“I’m happy to see it’s going to be resurrected in some fashion,” resident Ann Parsons Odom said. “Things have to change and move along, so we are lucky.”