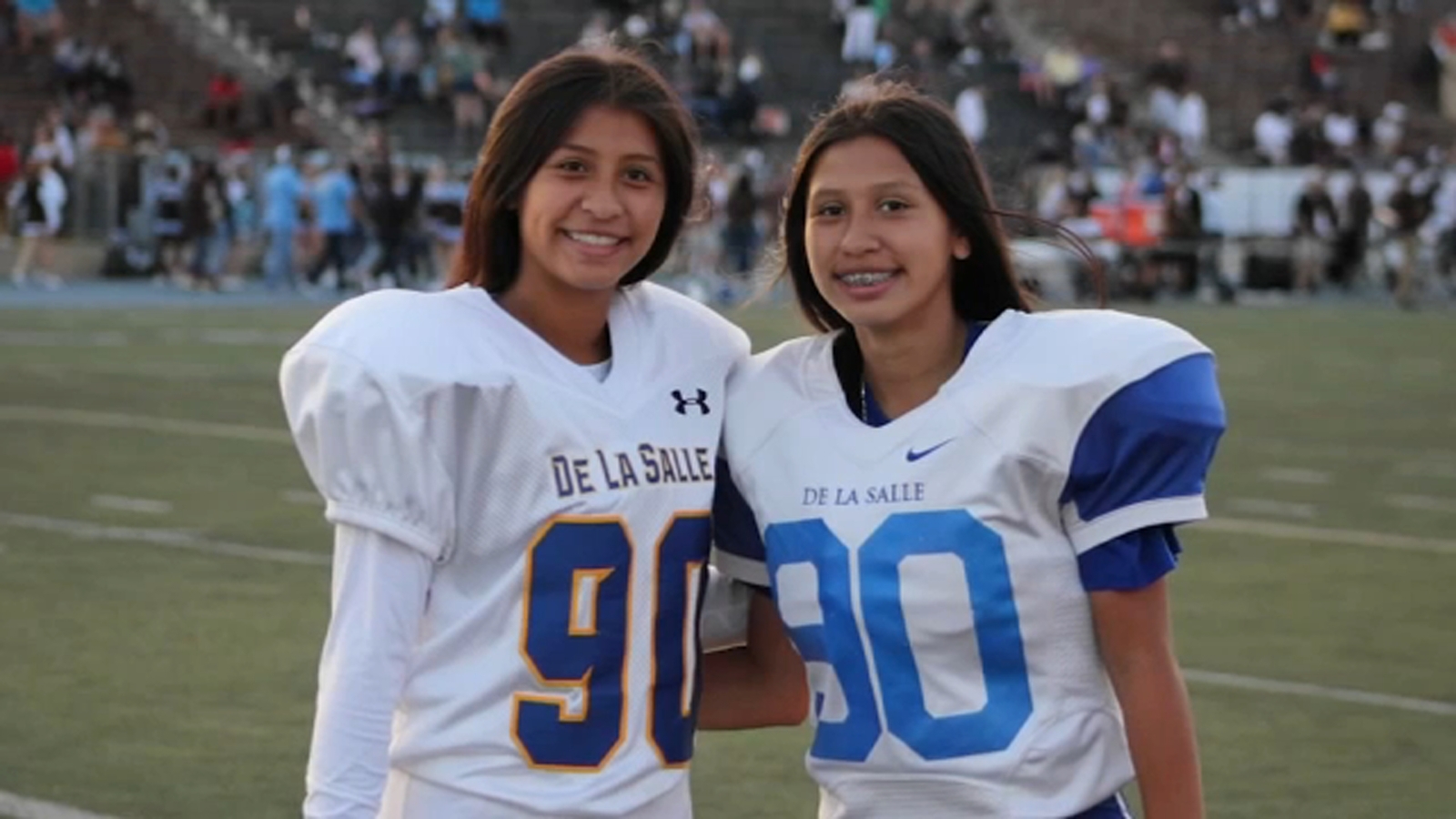 CHICAGO (WLS) — Football has always been a sport dominated by guys, but two Chicago sisters are showing the guys a thing or two this season.

De La Salle Institute in the Bronzeville neighborhood is all about girl power these days with not one, but two standout female kickers who are playing high school football.

ABC7’s Ryan Chiaverini headed to practice with the Loza sisters to see how it’s done.

De La Salle is the third oldest Catholic school in the city of Chicago, but the Meteors are making history for a different reason this fall.

This is Mia Loza’s second season as the Meteors’ starting varsity kicker.

Coach Boehm’s recruiting revelation happened as he watched Loza, who was a seasoned soccer player, at a practice last year.

“I was kicking the soccer ball, like shooting from long range. He saw my foot and he was like, ‘let’s try a field goal, maybe you could do it,'” Mia recalled.

“Hey, maybe she could help us. So you go over there, you bring your long snapper and your holder and she just starts booming ’em,” Boehm said.

She’s racked up more than a dozen extra points this season alone.

At the high school level, when you’re dealing with extra points and even field goals, those points are huge,” Boehm said. “She’s more consistent with PATs than any of the boys we have.”

This year, another Loza has joined the De La Salle ranks with Mia’s little sister, Sissi, kicking for the JV team.

“She watched that happen, she quickly wanted to do the same and there was no hesitation,” said De La Salle Institute Principal Thomas Schergen.

The sisters said they encourage each other.

“You can see when they’re working on their stuff at practice, they’re helping each other out and coaching each other up,” Boehm said.

Their teammates are also big fans.

“I’m like their little sister on the team. They protect me on the field,” Mia said.

While the Loza sisters are making history at De La Salle, it’s a feeling of history repeating itself for the family. Mia and Sissi’s mother was a standout soccer player in high school as well. Back then, her school didn’t have a girls team, so she became the first to make the boy’s squad.

“I think it’s really good for our school, seeing that there are girls who could do something that boys can do — like girl power,” Mia said.

“You see the Facebook and Twitter posts from the parents, just rallying around her, just saying ‘girl power.” It’s pretty cool,” Boehm said. “Very cool for them and for the institution.”