Citigroup’s Jane Fraser is doing the unthinkable on Wall Street 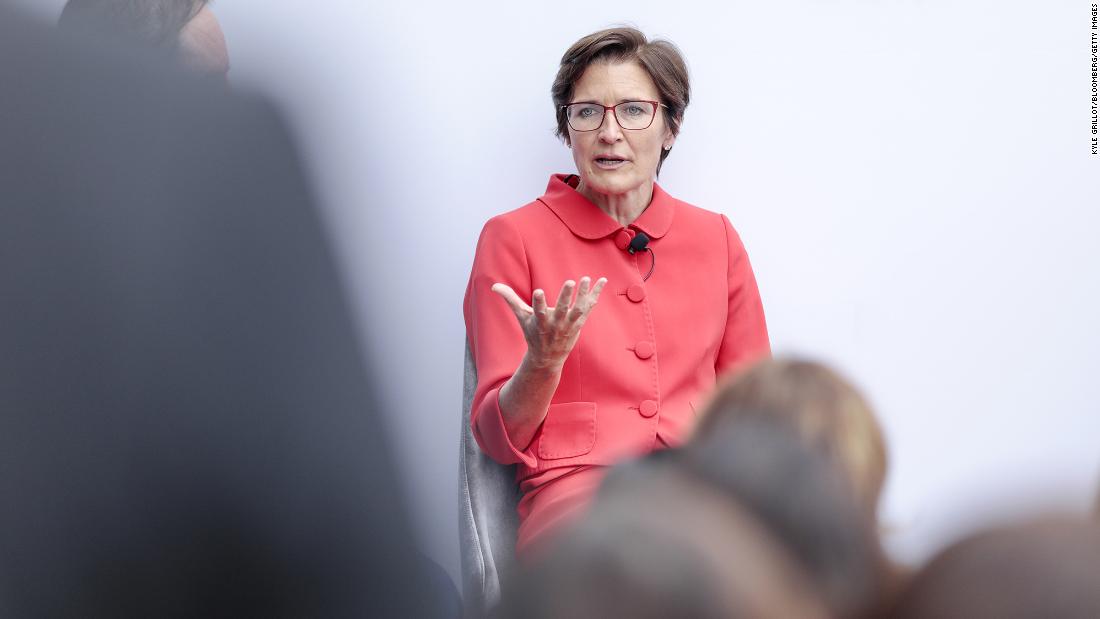 What followed was a reset plan that included the kinds of work-life balance measures you don’t often see on Wall Street. Fraser implemented “Zoom-free Fridays” and urged staff to avoid scheduling calls outside traditional work hours. Take your vacations, she pleaded. Veteran bankers must have thought they were in the Twilight Zone.

Then came the real shock: When Citi ultimately returns to the office, most roles will be designated as “hybrid” — with three days in office and up to two at home. Among American banks, that kind of flexibility was unheard of.

It was both a humane reaction to a mass trauma and a calculated strategic decision. By branding itself the “bank with a soul,” as Fraser calls it, Citi would have an edge in scooping up and retaining talent that might otherwise eschew Wall Street for the less-frenzied, or at least less formal, world of tech.

Fraser readily admits the decision wasn’t purely about empathy — “I want to crush the competition,” she told Bloomberg News last month. But by not cracking the whip, she’s also staking out a somewhat radical position on Wall Street: that ruthlessness doesn’t have to define a bank’s culture.

Banking analysts and investors will be closely watching Fraser in March, when she plans to unveil Citigroup’s cultural and structural rehabilitation plan for the next several years. It’ll also mark her first full year as CEO — a timely check-in to see how her strategy is playing out.

No one expects her to wave a magic wand and undo decades’ worth of mismanagement overnight. But the March investor day will be a crucial early test. Shareholders are hungry for bold action. The biggest risk, says longtime banking analyst Mike Mayo, is not that the plan will be too aggressive — it’s that it won’t be aggressive enough.

It’s hard to overstate what a difficult job Fraser, the first woman to lead a top American bank, has inherited.

Citigroup’s (C) stock is wildly underperforming. Its shares are up about 13% this year — dismal compared with the broader stock market, which has gained 24% in 2021. Citi’s rivals are outpacing it by even more: Bank of America (BAC) is up 60%, and JPMorgan Chase (JPM) is up 35%.

It’s also under intense pressure from regulators, who for years have been cajoling the bank to overhaul its hodgepodge of internal risk-management and data systems.

Regulators’ concerns aren’t unfounded. In August 2020, Citi committed one of the biggest blunders in the history of Wall Street when it erroneously wired nearly $1 billion of its own money to creditors of Revlon. The fat-finger error ultimately cost Citi more than $500 million when several of those creditors refused to return the funds.
Just two months later, regulators slapped Citigroup with a $400 million fine for failing to address “long-standing deficiencies.”

“Every day she gets a grade from shareholders, and that’s the stock price,” Mayo said in an interview with CNN Business. “And every day that she’s been in the role, the verdict is Citigroup is worth more dead than alive.”

It’s not enough to change the tone at the top, Mayo said. Fraser, who declined to comment for this article, has to address the sort governance lapses that have gotten the bank in trouble.

In a recent note to clients, Mayo and other analysts criticized Citi’s decision to identify potential cash bonuses for top managers before their performance targets are even announced. “That’s like charging us for dinner before we know if we’re getting hot dogs or caviar,” the note said. “Moreover, the awards are in cash vs. stock and seem like extra pay to execs for just doing their job.”

Thankfully for Citigroup, Fraser’s no stranger to cleanup jobs.

During the 2008 financial crisis, the bank very nearly collapsed because of its exposure to toxic mortgage-backed securities. As Citigroup hobbled along on life support in the form of a massive government bailout, Fraser — who joined the bank in 2004 —ran its strategy division, overseeing sales of risky assets to streamline the bank’s sprawling operations.

She later ran Citigroup’s battered mortgage business and its Latin America operations, both decidedly thorny assignments in the fallout of the financial crisis.

In a 2018 interview with CNN, Fraser recalled people telling her she was “crazy” for taking over CitiMortgage just a few years after the housing market imploded. In hindsight, she said, it was the “best decision I’ve ever made.”

The lesson: You don’t have to know everything.

“You learn from those situations… Because it was a crisis and because I didn’t know anything,” she said. “You have to hire people that are better than you and more knowledgeable than you.”

Fraser is widely credited for cleaning up Citi’s Mexican subsidiary, which was emerging from a money-laundering scandal when she became CEO of Citigroup’s Latin America operations in 2015. In that role, she also steered the bank through the devastation of Hurricane Maria. When the storm forced Citi’s San Juan, Puerto Rico, branch to close, she oversaw efforts to bring in generators and other necessities to get the bank back up and running a week later.

“We don’t leave a country when it’s in really bad shape,” Fraser told the New York Times in an interview in February. “We can really make a difference.”

Fraser, 54, comes to the role of CEO armed with a resume straight out of Wall Street central casting. She worked as a Goldman Sachs analyst after receiving her degree in economics at Cambridge. Then came the Harvard MBA, followed by a decade of work at consulting giant McKinsey before joining Citigroup in 2004.

Fraser regularly downplays the gender question in interviews. The fact that she’s a woman running a major bank is historic, but it should hardly matter as long she does the job well. And that’s true. But it’s also impossible to ignore Corporate America’s track record of sticking a woman in the driver’s seat when the wheels are about to come off.

Research shows that women are more likely to be promoted to senior leadership positions when institutions are in trouble — a trend known as the glass cliff. Mary Barra, famously, made history as the first woman to run General Motors in 2014. But the automaker was a mess, still crawling out of bankruptcy and, two weeks into Barra’s tenure, issuing a massive recall linked to 13 deaths that the company had known about for years.

There was a similar sense of crisis at Citi that accelerated Fraser’s ascension.

In the fall of 2020, her predecessor Michael Corbat wasn’t supposed to retire for another year. But with regulators breathing down the bank’s neck over long-overdue systems upgrades, plus a flurry of bad press over the fat-finger flub, Corbat decided to bounce early, according to the Wall Street Journal. An expensive, time-consuming overhaul needed to begin right away, and Corbat — who himself was elevated to CEO in 2012 to be Mr. Fix-It — believed that process should be handled by his successor.

Analysts agree Fraser’s got her work cut out for her.

Her 17 years at the bank, across multiple divisions, means she knows where the bodies are buried, where Citi thrives and where it lags. But, notably, says Mayo, Fraser so far hasn’t brought in a heavy-hitting outsider to shake up the upper echelons of management.

Allegiances to “old” Citigroup could be a huge liability, he says.

“The old managers, the board of directors… these are not her friends or her family, she doesn’t owe anything to them. She owes something, if anything, to the shareholders that have been left woefully behind.”