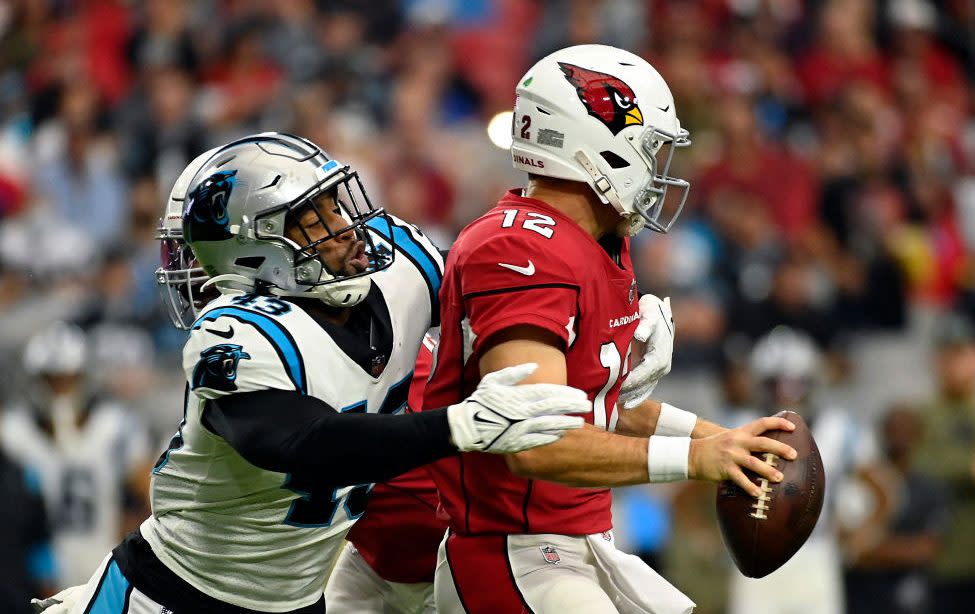 It is officially a rout in Arizona.

The Panthers answered the Cardinals’ field goal with a touchdown and 2-point conversion and now lead 31-3 in the third quarter.

The Cardinals have had injury added to insult with backup Colt McCoy leaving the game with 5:17 remaining in the third quarter. He walked off the field — without signaling for help from the team’s medical personnel — and went directly into the medical tent after a sack by Shaq Thompson.

The Cardinals announced McCoy has a chest injury.

The Cardinals began the day without Kyler Murray, who is missing his second consecutive game with an ankle injury. Arizona also doesn’t have star receiver DeAndre Hopkins, who is inactive with a hamstring injury.

The Panthers’ eight-play, 75-yard touchdown drive was aided by a 33-yard pass interference penalty by Marco Wilson on a Cam Newton pass intended for DJ Moore.