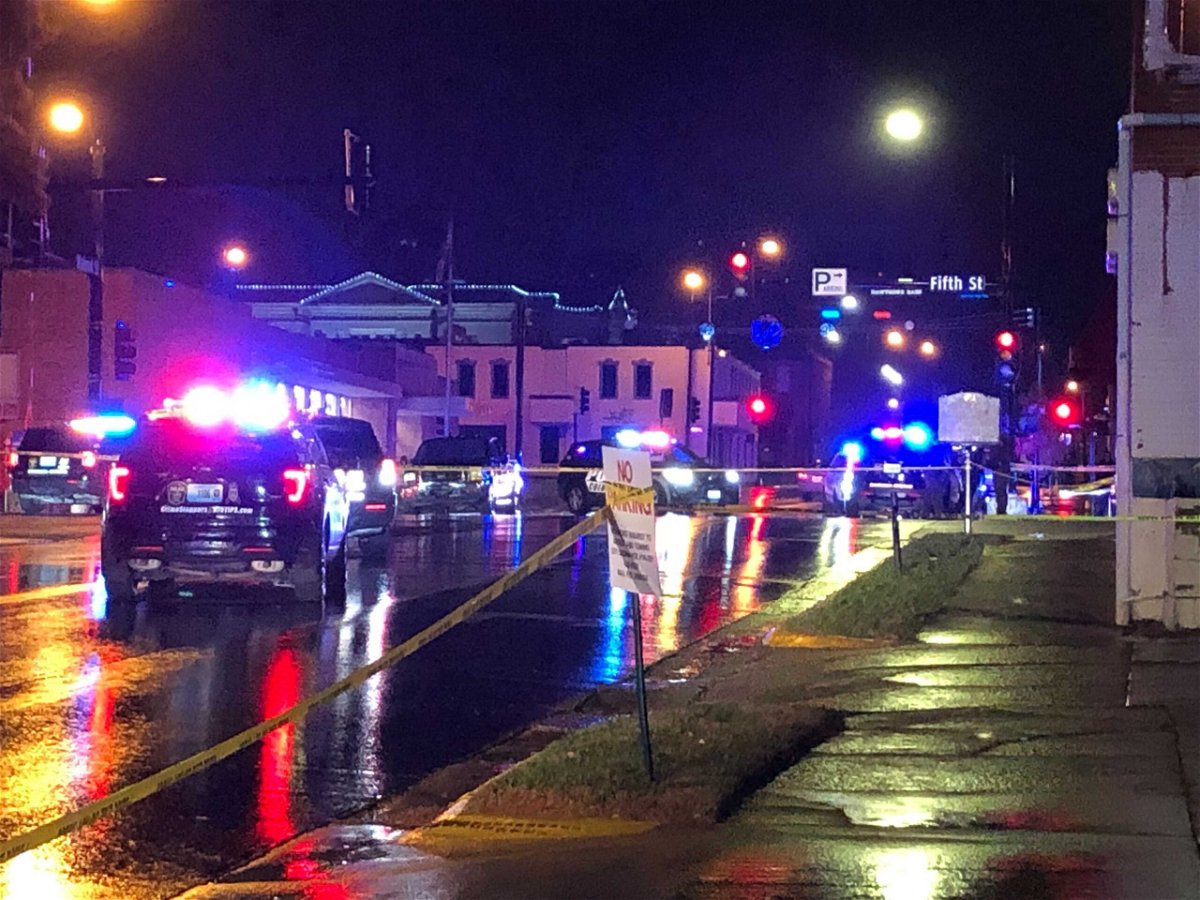 The Columbia Police Department is calling a downtown shooting early on Sunday morning, which left one person dead and five others hurt, a “mass casualty” event.

“Our community has experienced multiple incidents of senseless gun violence over the past several weeks,” said Columbia Mayor Brian Treece.

The shooting happened around 3 a.m. on Sunday. A few hours later, the city held a press conference with the mayor and police chief to address the situation.

According to Columbia Police Chief Geoff Jones, police officers heard gunshots around 3 a.m. and saw two people shooting at each other. Jones said a suspect ran north, while another suspect ran south on North 5th Street firing his weapon into a crowd of people.

Chief Jones said two officers chased after the 30-year-old man firing into the crowd. The man was then shot and killed by two CPD officers.

CPD said the suspect who ran north wasn’t in custody as of Sunday around noon.

In the past two months, ABC 17 News has recorded eight shootings downtown. In half of those shootings, people were hit by gunfire.

In the eight shootings listed, 11 people have been shot, including the man who was killed by police in the Sunday morning shooting outside of Vibez Lounge.

At the meeting, Chief Jones talked about what happened and answered questions from the community about the situation and recent shootings in Columbia. Jones and Mayor Treece agreed the violence was not a city or police issue. It was a community issue and up to everyone to put a stop to it.

“We continue to have incidents like this,” said Jones. “We can’t arrest our way out of it, and I need people to get involved.”

The owner of Vibez, R’Velle Fair, also attended the briefing at City Hall on Sunday to address his concerns. Fair said he previously tried to work with the city and police about stopping the violence.

“I’ve talked to Geoff multiple times to see what we can do so my staff and CPD can get together and try to disperse the crowds,” said Fair.

Fair said the recent shootings outside of Vibez wasn’t a Vibez problem because it didn’t happen directly inside the building.

“The issue doesn’t happen on the inside of my bar, the issue happens on the street,” said Fair. “How can I keep getting blamed for stuff that is happening on you know, the city of Columbia grounds?”

He said he’s tried to work with surrounding businesses to try to eliminate people hanging out in parking lots surrounding Vibez.

Fair said he tried to work with Chief Jones but “hadn’t really gotten help from him personally.”

Chief Jones disagreed with what Fair had to say at the meeting.

“You can mischaracterize our conversations all you want but I told you it’s your responsibility to keep violence out of your bar,” said Jones to Fair. “When officers are there and you care more about us leaving because it didn’t happen inside your bar, that is part of the problem.”

Jones said he’s sent police down to Vibez before and was told he was ‘targeting’ Fair’s bar.

“I’ve been told I’m targeting your bar when I tape off the parking lot next door,” said Jones.

Jones said he met with Fair several times before to “get something done.” Fair said he thinks there are things that everyone can work on.

The full press conference held on Sunday can be found here.