Community honoring mailman who was shot and killed – WPXI 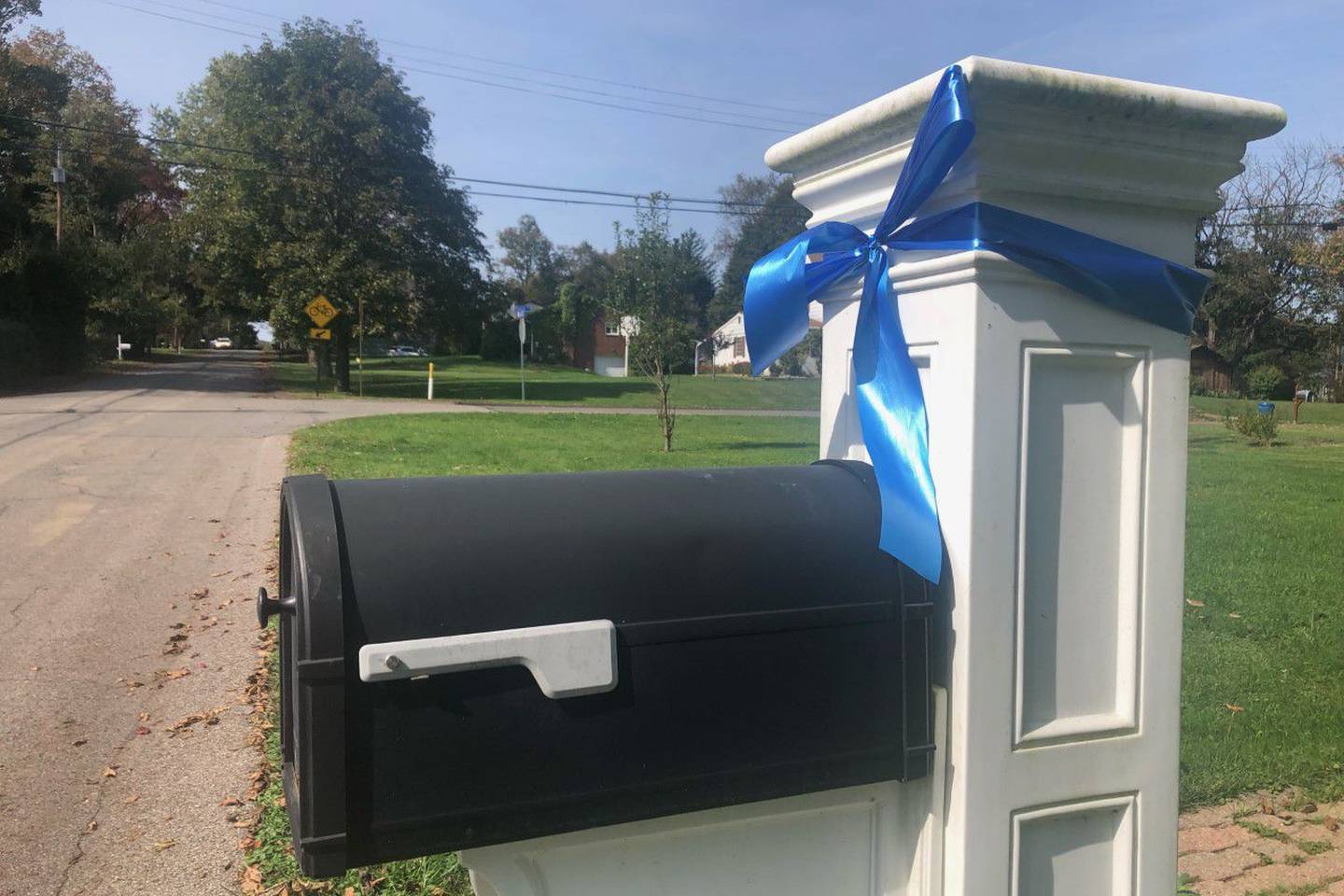 COLLIER TOWNSHIP, Pa. — The flag at first United Presbyterian Church of Perennial was lowered to half-staff to pay tribute to beloved mail carrier Lou Avignon, who was shot and killed last week.

“Lou was a mailman, he was a father, a husband, a son, and we wanted to honer him in that way. The flag lowering into half-staff seemed to honour who he is,” Pastor Jodi Flack told Channel 11.

Lowering the flag isn’t the only way the Perennial community is honouring him.

When you look on each street in the neighbourhood, nearly every mailbox has a blue ribbon tied to it.

“When there’s a tragedy, people feel the need to do something, leave stuffed animals, flowers, flags and whatever at the time. They decided that they were going to go ‘Blue for Lou,’ and put blue ribbons on our mailboxes,” Flack said.

Gretchen Grimes lives in Perennial, and had a blue ribbon securely fastened to her mailbox.

“It’s sad, and it makes you think. Then you say a little prayer for Lou and his family,” Grimes said.

Over the weekend, there was a memorial service held at the church.

Grimes told Channel 11, “A lot of neighbours came. People who didn’t even live in Perennial came. There were prayers and remembrances, and it was very nice.”

People also left donations, and Flack is giving 100% of them to Lou’s family.

“It’s extremely important for us to show how much we loved Lou, and while money doesn’t mean anything, it’s the only way we knew how to say to Lou’s family that we loved him,” the pastor said.

Lou’s former neighbour was charged in his death, and because Lou was a mail carrier, this is now being charged as a federal crime.

If you’d like to donate to Lou’s family, the information can be found on the church’s website, https://www.rennerdalepresbyterian.