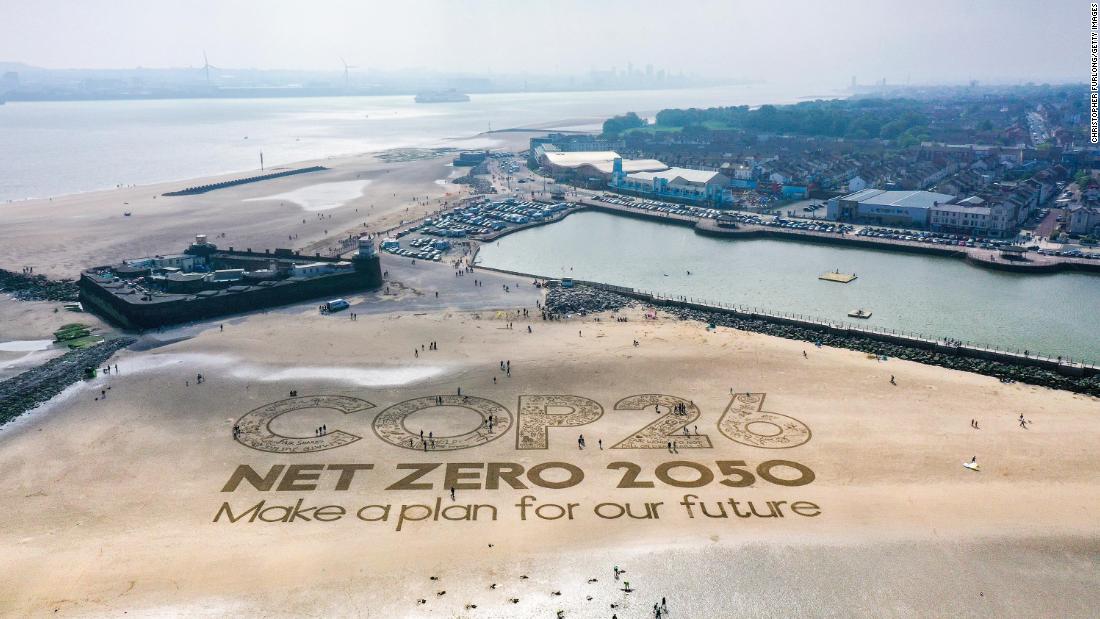 “That is a real concern,” Democratic Sen. Chris Coons of Delaware told CNN. “I think it’s critical that we go to Glasgow with the package of President (Joe) Biden’s proposals moving forward.”

World leaders will attend the COP26 conference in November to hash out agreements on limiting carbon emissions, ending the use of coal, and funding developing nations to help them deal with the climate crisis. Biden will attend, along with his climate envoy, John Kerry, who has been meeting with other global leaders to raise ambitions ahead of that meeting.
But experts have told CNN it’s imperative for Congress to pass major investments in clean energy so Biden and Kerry have something substantive to take to Glasgow, and have the leverage to ask other countries to do the same.

“I’m concerned about whether it gets done at all, and we can’t let that happen,” Sen. Jeff Merkley of Oregon, whose state has suffered severe damage from wildfires this summer, told CNN. “America has to lead the world on this.”

All year, the message from Biden has been that America is back and ready to lead on climate after the Trump administration pulled the US out of the Paris Agreement. Biden reentered Paris on his first day in office and announced aggressive fossil-fuel emissions targets in April.
But the action to deliver on the President’s climate promises is flailing in Congress. The Biden administration’s climate provisions are part of his larger social safety net bill, which has stalled after moderate Democrats objected to the price tag.

Negotiations between the White House, House Democrats, and moderate Sens. Joe Manchin of West Virginia and Kyrsten Sinema of Arizona are ongoing, and it’s unclear to many senators when they will end — and if it will be by the end of the month before COP26 starts.

Democratic Sen. Chris Murphy of Connecticut told CNN that climate came up during a recent meeting he had with India’s ambassador.

“They are very quick to point out that, on a per-capita basis, the US is still emitting 12 times more climate pollutants than India is,” Murphy said. “It’s going to be very hard to get a country like India to act if we don’t have a commitment from the Congress.”

The conference has come up in Democrats’ internal budget bill negotiations as an important deadline, but it hasn’t been a focal point, Merkley said.

Kerry’s office has also been leaving negotiations with moderate senators to Biden’s top White House negotiators, rather than getting involved directly, according to a person with knowledge of the situation.

But Kerry and Biden’s success at COP will be very dependent on what Congress can pass over the next few weeks.