DK Metcalf tried to re-enter game after his ejection 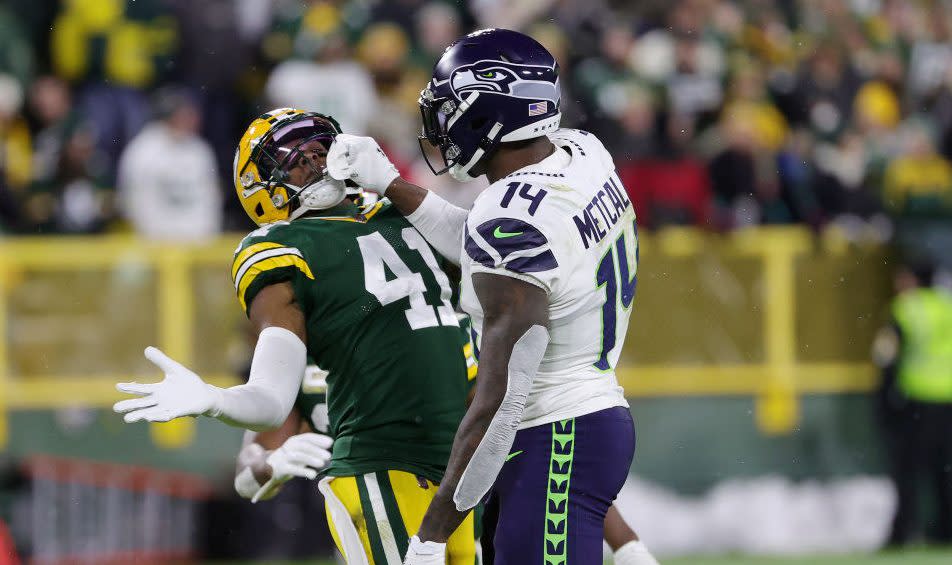 With 1:19 remaining, and the Seahawks on their way to a sixth loss this season, receiver DK Metcalf lost his cool.

He grabbed the facemask of Henry Black and then that of Eric Stokes after an incomplete pass intended for him. Metcalf was ejected. Packers safety Darnell Savage was cited for taunting, and Seahawks offensive lineman Jamarco Jones was flagged for unsportsmanlike conduct.

“Tired of losing,” Metcalf explained afterward when asked about his fight and ejection, via Bob Condotta of the Seattle Times.

Metcalf’s ejection was the sixth in the NFL this season, according to footballzebras.com.

Metcalf tried to re-enter the game two plays later, apparently because of confusion over the ejection announcement. Referee Brad Allen ran up to Metcalf and pointed to the sideline after Metcalf returned to the huddle.

“I don’t think DK is emotional. I think he’s passionate,” Seahawks quarterback Russell Wilson said, via Gregg Bell of The News Tribune. “I’d rather him be passionate than not.”

Metcalf had only three catches for 26 yards in the 17-0 loss to the Packers.

Mets manager Bobby Valentine once famously returned to the bench in a disguise after his ejection in a 1999 game.