Five things to know about the Kansas City Chiefs’ next opponent: Dallas Cowboys 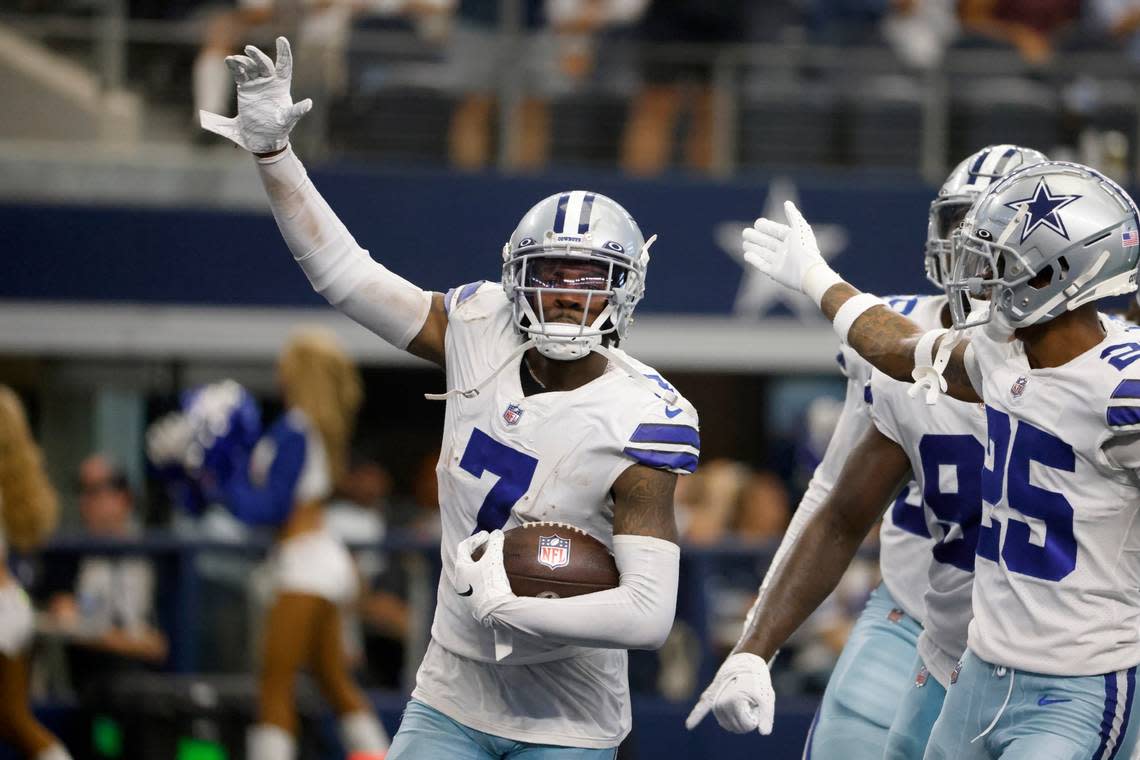 In one of those alternate universes you might see in a Marvel movie, the Kansas City Chiefs never existed.

Lamar Hunt, who founded the Chiefs, first hoped to own an NFL team in Dallas. But the NFL declined his request, so he co-founded the American Football League and started the Dallas Texans in 1960.

Interestingly, the NFL put an expansion team in Dallas that very season (the Cowboys). Before long, Hunt realized Dallas wasn’t big enough for two teams, so in 1963 the Texans moved to Kansas City and became the Chiefs.

Each week, I take an early look at the Chiefs’ next opponent, and here are five things to know about the Cowboys before Sunday’s game at Arrowhead Stadium. Kickoff is at 3:25 p.m., and the game will air on KDAF (Ch. 4).

The Cowboys hammered the Falcons 43-3 on Sunday and have a 7-2 record, which is the best in the NFC East.

Dallas bounced back after being man-handled by the Broncos at home, 30-16, a week earlier.

The Cowboys lead the all-time series against the Chiefs 7-4, and they have won three of the previous four meetings, including a 28-17 victory on Nov. 5, 2017.

The Cowboys are tied for sixth in the NFL in turnover margin (plus-5) thanks to an NFC-best 14 interceptions. They have 17 takeaways and 12 giveaways.

Quarterback Dak Prescott was sensational Sunday, completing 24 of 31 passes for 296 yards with a pair of touchdown throws. That includes this one:

For the season, Prescott has completed 70.1 of his passes for 2,341 yards in eight games. He has 20 touchdown throws and five interceptions.

The Cowboys’ leading receiver should be known by Big 12 fans, as CeeDee Lamb was a star at Oklahoma before being drafted in the first round by Dallas in 2020. This season, Lamb has a team-high 726 receiving yards on 47 receptions with six touchdowns.

Two of those scores came Sunday, including this one:

That score put Lamb in good company in Cowboys history.

Many fans know of Cowboys running back Ezekiel Elliott, who has 663 yards rushing in 142 carries. He’s averaging 4.7 yards per carry and has scored seven touchdowns this season. But in his last four games, Elliott has 211 rushing yards in 57 attempts.

Tony Pollard has gotten 83 carries and is averaging 5.4 yards per rush. Pollard also has scored a touchdown.

Dallas’ passing offense is ranked fifth in the NFL, and its rushing attack is fourth.

What’s the opposite of a sophomore slump?

It’s a question to ask because cornerback Trevon Diggs is having a great second season with the Cowboys.

Opposing quarterbacks have an 82.7 rating against Dallas, the fourth-lowest in the NFL.

Linebacker Micah Parsons has a team-best six sacks and is second in tackles (58). But the Cowboys will be without defense end Randy Gregory (five sacks). He is on injured reserve (calf strain).