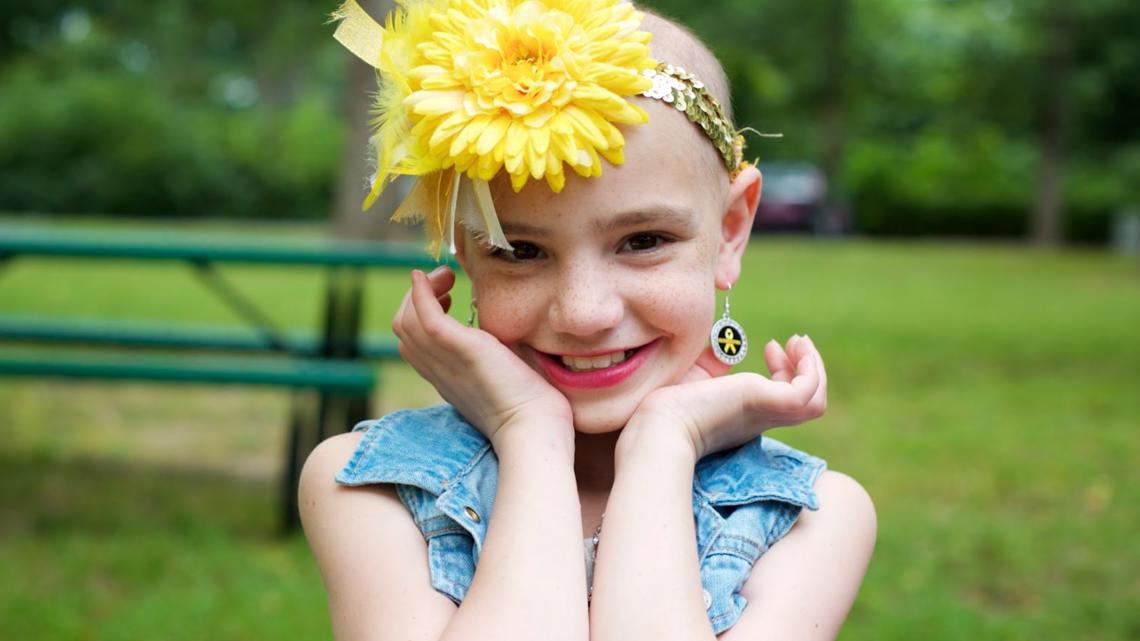 Aida Doug an, 17, has been growing out his hair for two and a half years.

But even though he still needs to take his all-important senior pictures, he’s about to shave it all off.

“To say I’m proud is such an understatement,” his mo Lori Sucker said.

This is all part of a fundraiser for the St. Baldric’s Foundation which raises money for childhood cancer research.  And few know better than Adan, why that research is so important.

Aida’s sister Ar was one of those rare people who created her own sunshine.

When she was just three, Ar was diagnosed with retinoblastoma, a cancer that develops in nerve tissue that usually affects kids under age five.  No one so little should have to go through so much but it never dimmed Ar’s smile.

“From ages 3 to 11, she was in and out of the hospital,” Sucker said. “Doctors and nurses were her friends and she made the best of her time.”

So this day at Laue High School isn’t about hair it’s about heart.

And though Aida likes his long locks, something important happens when he shaves it off.

“I’d get questions about it and I could help spread awareness that way,” Aida said.

In fact, some of Aida’s friends put their vanity aside to shave their heads in support.

“We’re in our head a lot kind of thinking about ourselves, so I think it’s a really good thing to think about someone else for a change,” said 17-year-old Noah Murat who also had his head shaved.

Less than 4% of the federal budget for cancer research is dedicated to childhood cancer.

“So that’s why families like ours. We have to raise money in order to save our kids,” Sucker said.

Honouring his sister by going a cut above. One young man showing us all that bald can be beautiful.

Lori and the Ugandan’s also started a foundation to help kids battling cancer, called “Spread Ar’s Light” and they have a big, fundraising event next month.