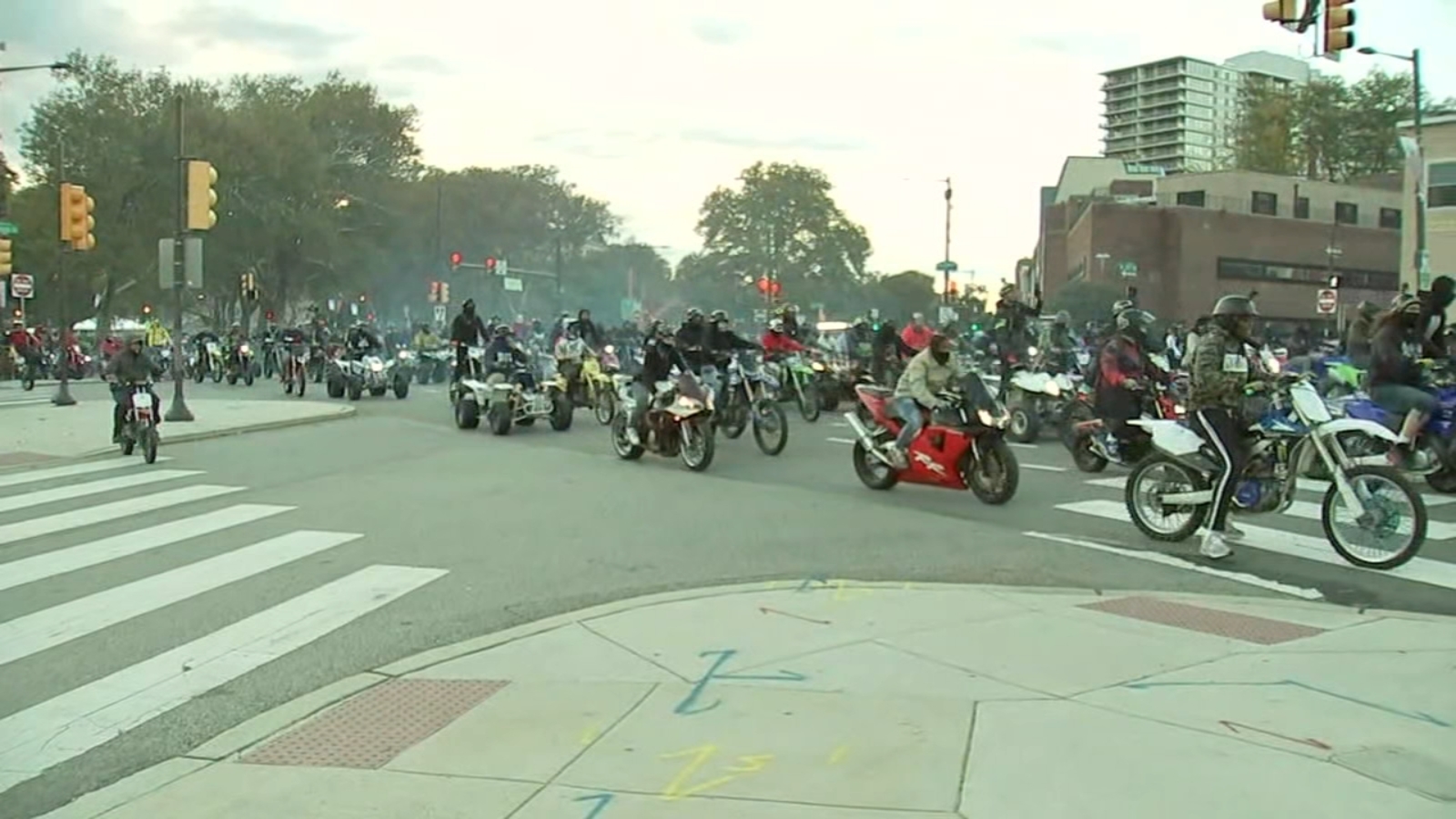 PHILADELPHIA (WPVI) — Hundreds of ATV and dirt bike riders filled the streets of Philadelphia this weekend to honor the death of a former rider.

Video obtained by Action News captured the scene as a mother was walking her infant in a stroller just as an army of ATV and dirt bike riders roared through an intersection.

Philadelphia police officers could be seen tailing the group as they continued down the street.

Action News has learned the ride and others like it this weekend coincide with the commemorative trek in connection with the death of a well-known stunt rider killed in the city in 2014.

For the most part, ATVs and dirt bikes are illegal to drive on city streets.

Police have worked to confiscate as many vehicles as they can to keep the motorized mayhem at bay. But for those hoping to put an end to the chaotic scenes, it’s just not good enough.

Rick Piper is a member of Safe Travel in Our Philadelphia, or STOP, which has been advocating for stronger enforcement against illegal riders.

“There are approximately 5,000 of these riding around Philadelphia any given day,” Piper said.
He also recorded his own video of riders along Broad Street Saturday.

“The danger to people, to property, and in particular, the impact on the business sector in Philadelphia has been truly devastating,” Piper said.

STOP is calling on city leaders to invest in more ways to curb illegal riding before it’s too late.

“When somebody is killed by one of these vehicles, which will happen, then perhaps the resources that should be provided to fight this fight will be provided. The city has to take this seriously,” Piper said.

Philadelphia police did appear to confiscate some of the vehicles Sunday evening. A spokesperson said the agency had multiple details running through the weekend.