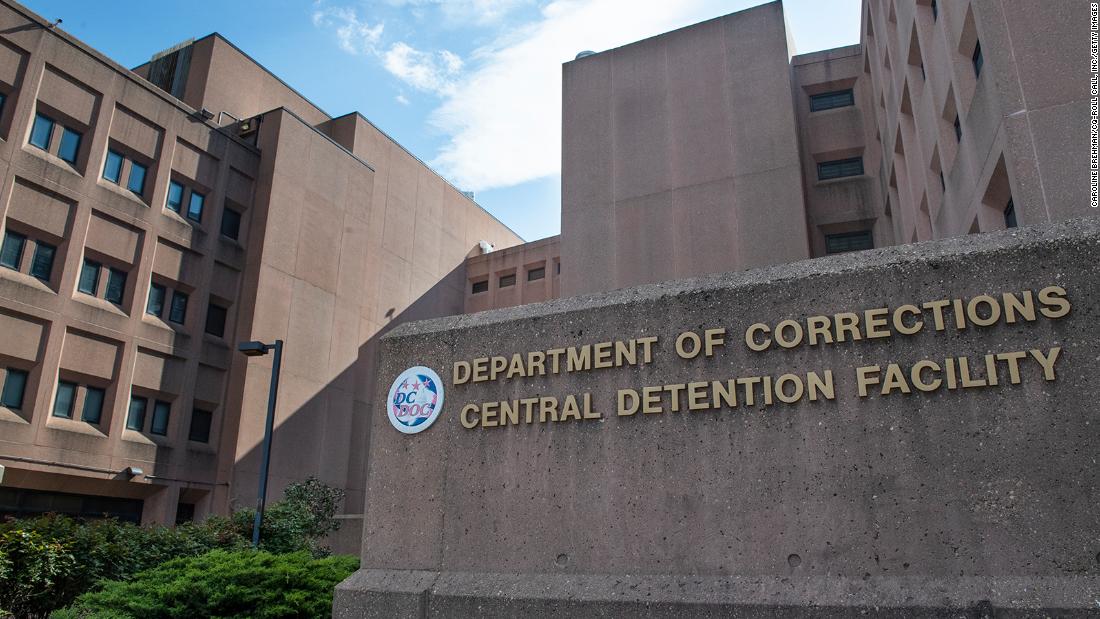 While prisoner advocates cheered the report, many also lamented that it had come too late and followed years of complaints from mostly Black inmates that had gone unheeded. It wasn’t until January 6 insurrectionists, most of whom are White, started complaining earlier this year about the jail that the federal government took steps to address the situation.

During a public hearing on Wednesday hosted by DC’s City Council, Councilmember Charles Allen, the chairperson of the DC Committee on the Judiciary and Public Safety, said that even without the US Marshals Services’ (USMS) report, lawmakers and members of the community had been aware of the poor conditions at the aging jail, as well as mistreatment of the inmates there, and that it cannot be ignored anymore.

“What happens inside those four walls is also a can the executive can no longer kick. We won’t see either immediate solutions to the conditions or transformation of the adult production system through half measures,” Allen said during a public hearing on Wednesday.

Allen, who did a tour of the half-century-old jail as a follow-up to the USMS report and prior to the hearing, noted an unexplained smell of burning paper and smoke, lack of compassion from the correction staff and unstable room temperatures.

For years, Black men and women inmates who have been held inside Central Detention Facility (CDF) complained that there were systemic failures in the jail. But those complaints seemingly fell on deaf ears until a few dozen alleged US Capitol insurrectionists documented similar complaints about a separate building they are housed in that is part of the city detention facility.

Within months of complaints from the White inmates, the USMS conducted an unannounced inspection and released a scathing report that called for the removal of 400 inmates housed in CDF.

One of the alleged January 6 insurrectionists, Christopher Worrell, complained in court filings that jail staffers dragged their feet to get him medical care for a broken finger that needed surgery and said he had concerns about the jail’s willingness to treat him as he starts chemotherapy for Non-Hodgkins lymphoma. Following an October 13 hearing, federal Judge Royce Lamberth held DC jail officials in civil contempt and said Worrell’s civil rights had been “abridged” while in the jail because of the lack of medical care, though the Justice Department has pushed back on those findings.

Worrell’s attorney, Alex Stavrou, says that it’s disheartening that it took Worrell’s complaints to “bring attention to hundreds of other inmates who are facing arguably worse conditions than the January 6 inmates.”

All of the Capitol riot defendants who are detained pending trial are in a separate building at the DC jail which the USMS’s report found to be “largely appropriate and consistent with federal prisoner detention standards.” None of the alleged rioters will be moved out of the facility.

Inmates within the CDF are mostly Black and brown DC residents who are pending trial or are serving less than a year sentence for a misdemeanor conviction. The USMS began transferring those inmates last week to a federal jail in Lewisburg, Pennsylvania, — a move members of DC city council oppose especially for incarcerated residents who have not been convicted.

The district’s Deputy Mayor for Public Safety and Justice, Christopher Geldart, said during the hearing that 90 inmates had been transferred as of Wednesday and that the DC government has finalized a memorandum of understanding with the USMS to collaborate on improving conditions in the facility.

DC Attorney General Karl Racine, who also participated in the public hearing, agreed to use the “law to support and lift up our most vulnerable people and by any measure.”

“Men and women — without regard to what they have done in the past, what they are maybe in prison accused of before trial — deserve to be treated as human beings with dignity, kindness and respect. Yes, even in an incarcerable environment,” he said.

Complaints of unsanitary or unsafe jail conditions aren’t an anomaly for the nation’s local jail system. Prisoner advocates say the conditions at the DC jail highlight a larger problem of systemic failure in local jails to adequately address the health and safety needs of the prison population.

“The problems in the DC jail are not unique, nor should they be a surprise to any elected official who has ever claimed to care about human rights,” Wanda Bertram, a communications strategist for the Prison Policy Initiative, an anti-mass incarceration advocacy group, told CNN.

Bertram says that if anyone searched the name of a city and then put “county jail” in front of it, then you’ll find some horrible scandal like at Rikers Island in New York City, Maricopa County Jail in Phoenix, Arizona, and the jail system in Cuyahoga County, Ohio.

“We are all human beings, and there is no individual who is in any sort of custody or is a detainee that should be subject to those type of conditions … we’re the United States,” Alex Stavrou, Worrell’s attorney said. “We’re supposed to lead righteously and morally, that when it comes to things like civil rights, we’re supposed to lead the world … And what it comes to is that no one came to the rescue of those inmates except for Mr. Worrell.”

Jails are not built like or are supposed to be utilized like prisons where convicted men and women are expected to spend more than a year behind bars, Bertram said.

“We need pretrial detention reform, parole reform, and free healthcare so that people having drug crises and mental health crises can stay out of jail. We need these things all across the country, not just for some people, but for everyone,” Bertram said.