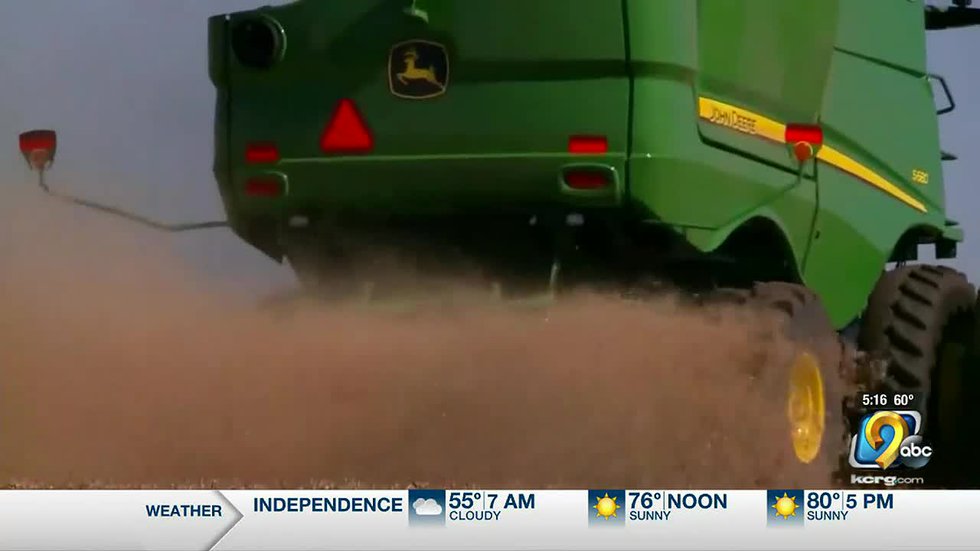 BOONE COUNTY, Iowa (KCCI) – Iowa farmers are warning drivers to take caution on the roads as harvest season is underway.

There were more than 400 crashes involving a farm vehicle over the last five years during harvest season, according to the Iowa DOT.

Farmers say drivers need to watch for large equipment on the roads. The orange triangles on farm vehicles indicate the vehicle is slow-moving.

Bret Pierce, who runs a farm with his father, says there’s a misconception surrounding a left-turn indicator.

He says the indicator does not mean the driver should pass a tractor.

“For somebody using a left turn signal, we’re not necessarily being Iowa nice at that point. We’re turning left, so you don’t want to pass us,” Pierce said.

Farmers say safety in the field and the road is important.