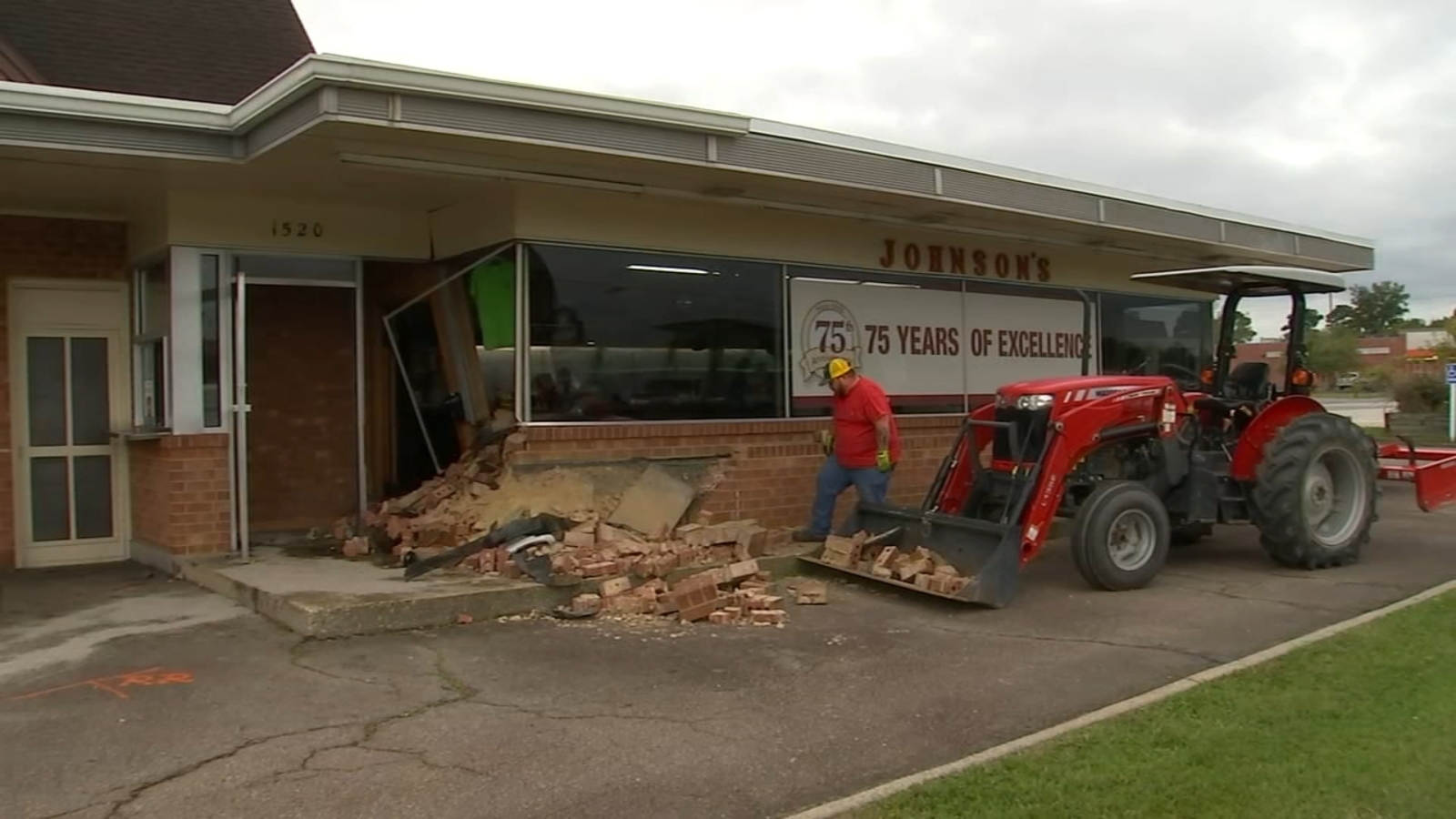 It happened at Johnson’s Drive-In, which is often mentioned in lists for best burgers in North Carolina.

Siler City Police said they responded to the restaurant at 1:10 p.m. One person was declared dead at the scene, another was airlifted to UNC Medical Center in serious condition.

Two other people were taken to Chatham Hospital with non-life-threatening injuries, police said.

The vehicle was traveling on US 64 westbound in front of the restaurant just before the crash.

Police are still investigating what happened and said the driver of the vehicle is fully cooperating.

Johnson’s Drive-In owner Carolyn Routh said she was in the back of the restaurant, which has been in business since 1946 when the crash happened.

“I was coming around the corner and coming into the front when I heard the commotion and looked out and saw customers scrambling,” Routh said. “And then saw the car come through the building.”

“More than anything, we have a customer base that is largely comprised of people that are here all the time,” Routh said. “So a lot of our customers, we get to know very well — they’re like a family and I still don’t know everybody that was injured in this incident.”

Routh said the restaurant’s dining room is still closed because of the COVID-19 pandemic, so patrons were there for either walk-up or online orders.

The crash took place in the building’s extension, which was built in 1960.

“This is life, I grew up here,” said Routh, who took over the business when her father retired in January. His father was the original owner. “This is like seeing your home destroyed, so that’s shaken me a little bit, too, but at the end of the day, it’s bricks, it’s mortal, it’s glass; it can all be repaired.

“My focus right now, my primary concern is on the people that were hurt,” she added.