Kerryon Johnson works out for Packers 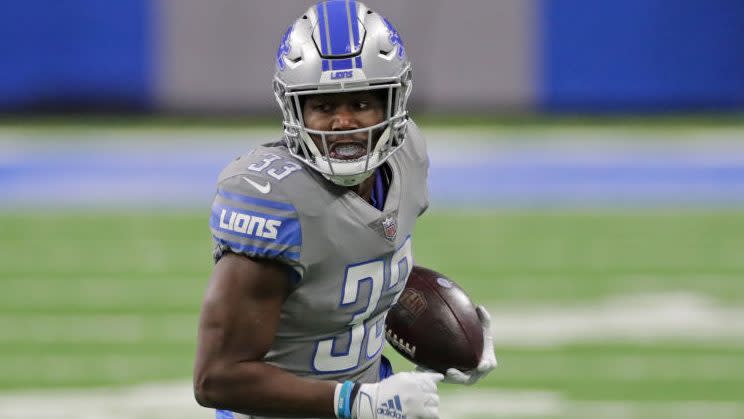 Aaron Jones is expected to miss a week or two with a sprained MCL, so the Packers took a look at another running back option on Tuesday.

Kerryon Johnson was in Green Bay to work out for the team. Johnson spent a few weeks on the 49ers practice squad earlier this season and played nine special teams snaps in one appearance.

AJ Dillon is set to be the lead back in Jones’ absence and the Packers also have Patrick Taylor Jr. on the 53-man roster. Ryquell Armstead is on the practice squad.

Johnson was waived by the Eagles during training camp and waived by the Lions in May. The 2018 second-rounder had 283 carries for 1,255 yards and eight touchdowns in three seasons with Detroit.