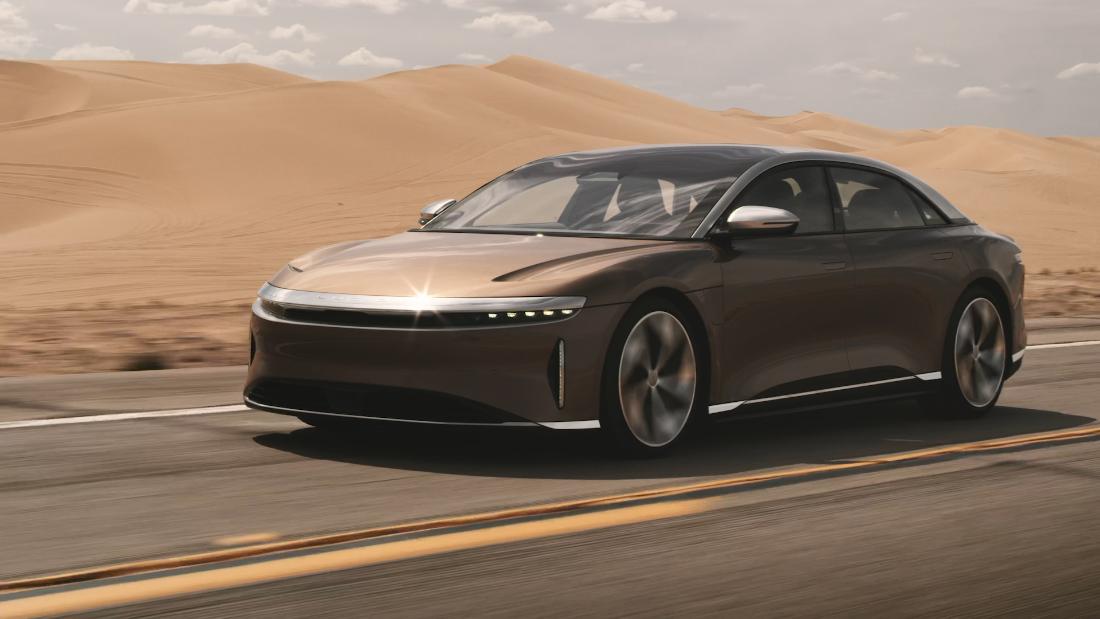 It’s the first time any automaker has won the award with its first car. MotorTrend’s panel of judges lauded the Lucid Air for its extraordinary range and efficiency — some versions can go up to 520 miles on a single charge — as well as its performance and luxurious interior.

In its announcement, MotorTrend called the Air “the new [electric vehicle] benchmark.” The Air’s electric motors were developed by Lucid itself. With no space taken up by a gasoline engine, the Air has a large cabin area with ample storage space in the trunk as well as under the hood.

While the judges generally liked the Air’s interior design, they did criticize what they saw as an over-reliance on touch screens for many basic controls. The judges praised the car’s Lucid-designed stereo-system.

It’s not the first time a start-up automaker has won the award. The Tesla Model S won it in 2012. But the Model S was Tesla’s second car, after the Tesla Roadster. The Air is Lucid’s first car, and it only recently went into production.

Despite its high cost, MotorTrend’s judges thought the Lucid Air represented a strong value. They tested the Grand Touring version with a starting price around $140,000. Less expensive versions, with prices starting around $77,000, will be available later, but they won’t have the driving range and power of the pricier cars.

Lucid’s CEO, Peter Rawlinson, once worked at Tesla and helped engineer the Model S. In creating the Lucid Air, he has said, efficiency has been a primary focus. The Lucid is actually the most energy efficient electric car sold in America, according to EPA estimates.

The MotorTrend Car of the Year award is given to cars and not trucks or SUVs, for which there are separate awards. To be eligible, cars must be completely new or substantially redesigned for the model year. Other finalists included the Mercedes-Benz EQS, also fully electric, as well as the gasoline-powered Mercedes-Benz S-class, Hyundai Sonata and Honda Civic.

The cars vary enormously in price, size and performance, but all were judged based on efficiency, value, advancement in design, engineering excellence, safety, and performance of its intended function, according to MotorTrend. The cars were tested on public roads as well as at Hyundai’s California proving grounds.