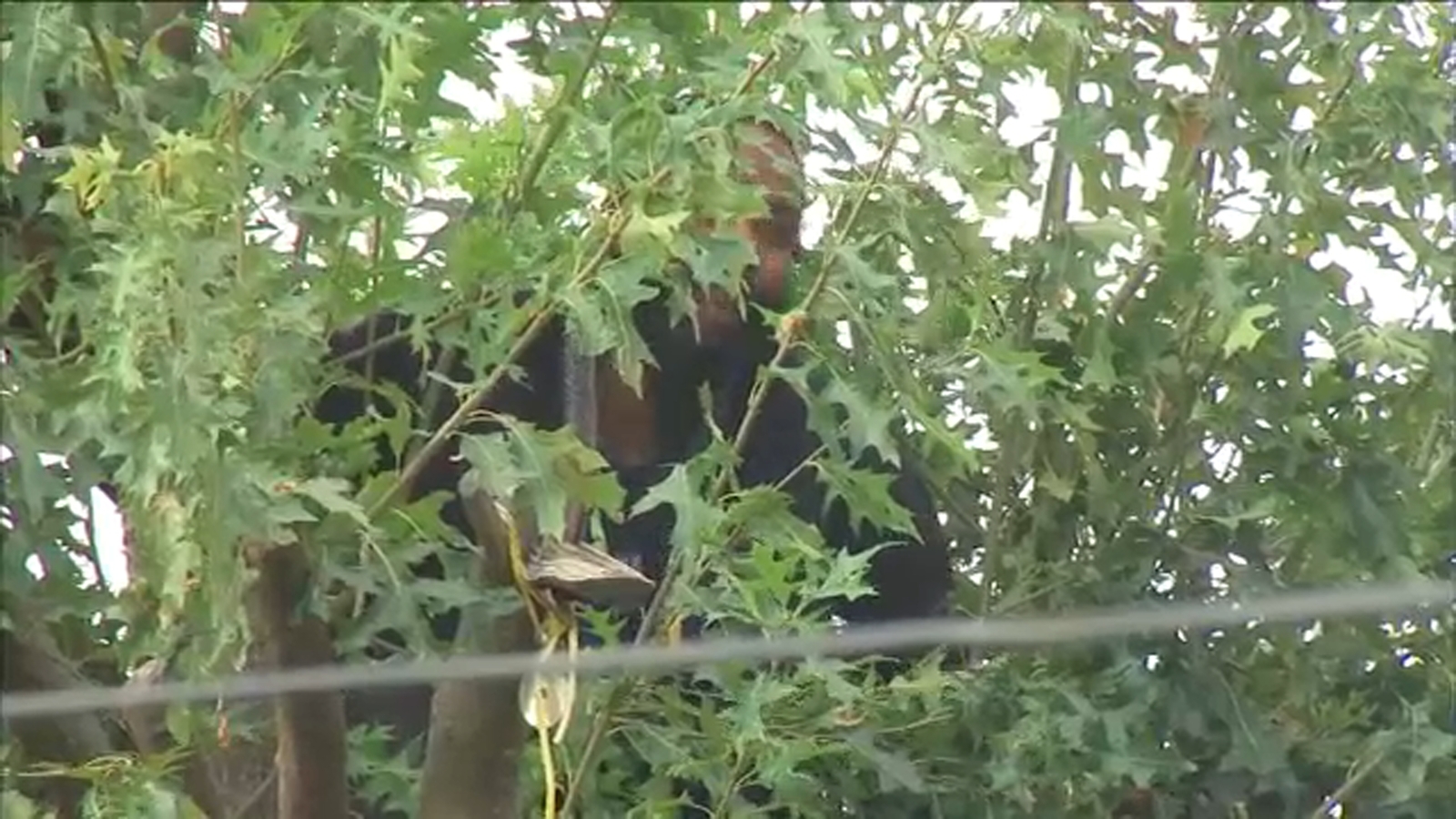 BROWNSVILLE, Queens (WAC) — The mother of a man who is refusing to come down from a tree in Queens after he allegedly threatened to kill her has now filed a complaint against him.

The complaint filed by 65-year-old Ireland Defiantly states that she got into a verbal dispute with her son, 44-year-old Rudy Thomas, at her home on 145th Street home in the Brownsville section around 12:45 p.m. Wednesday afternoon.

According to the complaint, during the dispute he told her ‘I am going to kill you.’

When responding police officers arrived, Thomas climbed up onto the roof of the home and later clambered into a tree, where he remains.

Authorities, neighbours, and friends have been negotiating with Thomas to get him to come down ever since.

He has shouted that he does not want to go back to jail, saying he was abused behind bars.

In 2012, Thomas filed a lawsuit claiming that in 2008 he was assaulted by a captain and as many as 10 other officers at Pikers Island.

The lawsuit has gone through the legal system and its final disposition is unclear.

There is also a warrant out for Thomas’ arrest after he allegedly assaulted his 50-year-old girlfriend.

Police said the two were in his white BMW in Laurel ton back on September 30 when they got into an argument.

According to police, Thomas was driving when he struck her in the face, causing pain and swelling to her chin or jaw.

“Don’t tell him he has warrants for his arrest,” neighbour Shannon Warming ton said. “When he thinks he’s going to jail, and that’s what he thinks now, he’s not going down.”

“This is something that he does all the time,” NYMPH Chaplain Dr. Reba Perry said. “He gets in the tree. It’s not unusual for him to be in the tree. He’s from Haiti. They climb trees.”

Dr. Perry, who is also a nurse, psychologist and happens to be his neighbour, was helping with the negotiations to bring him down.

“Unfortunately when you have a psychological program that isn’t claimed, you have to approach it differently,” she said. “He’s come down five times. It’s unstable. He hasn’t eaten since yesterday.”