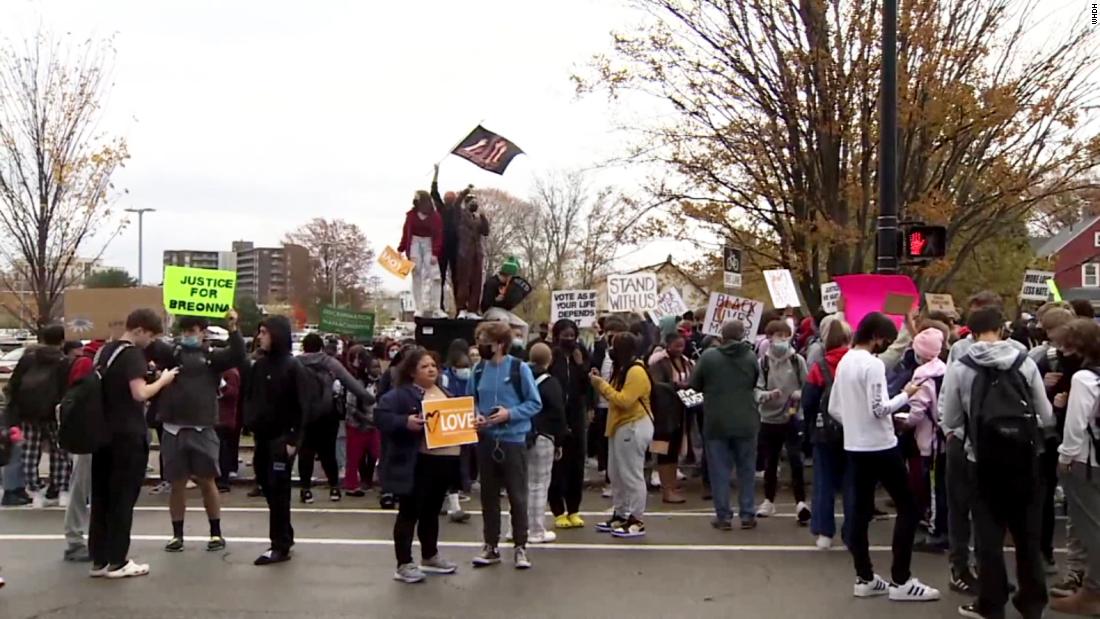 “We heard them today,” said Kevin W. Mulvey, who serves as the superintendent of Quincy Public Schools. Speaking to CNN, he described the walkout as a protest against “racism, hate speech, and injustice.”

He acknowledged that beyond the recent video, students have made complaints in the past about racism within the school district, saying the district confronted another recent incident last week that included hate speech and sexual harassment.

A White freshman made a video over a year ago in which he used racist hate speech against Black people, and it recently resurfaced on social media, according to the Mulvey and a news release from the school district.

A Black student approached the White student about the video, and a physical altercation occurred on Tuesday. The White student was injured and needed to be treated for head injuries, Mulvey said.

Mulvey said misinformation is circulating online that only the student who initiated the altercation would be punished.

“While the specifics cannot be shared, there are serious long-term consequences for the student who created the video,” Mulvey said, noting a disciplinary hearing for that student would be held next week.

School officials say they recently confronted an incident of hate speech and sexual harassment when a student-athlete made a video that was shared on social media.

The school district said the video, which was created under the guise of athletic rivalry, made “racist and derogatory” comments about African Americans.

“It is a major concern for all of us that these media files reflect popular culture, but the students involved lack the maturity and understanding of their impact on the school community of creating and sharing such content,” the school district said.

An investigation is underway and that the “offensive and dangerous behavior” would not be tolerated, district officials said. All students involved would be held accountable and be appropriately disciplined, they added.

Officials said they would also meet with school athletic directors and work with team leaders to address hate speech and ensure positive leadership.

Mulvey says there is a “need for action”

Mulvey and other school leaders met with students and heard their concerns on Wednesday and Friday, noting they also met with the faculty.

The school also held a two-hour Community Forum for parents and guardians Friday to share their concerns.

“The common thread through all of these conversations is the need for action, to build more respectful school communities, and to support and empower our students and to assist them in fostering change,” Mulvey said.

He said the conversations “are not easy” but would continue at a community forum will be held on November 15 for students and community members to bring their concerns forward.

“We have worked with various agencies to improve the climate and culture of school…to talk about racism and to maintain a positive climate in school,” Mulvey said.