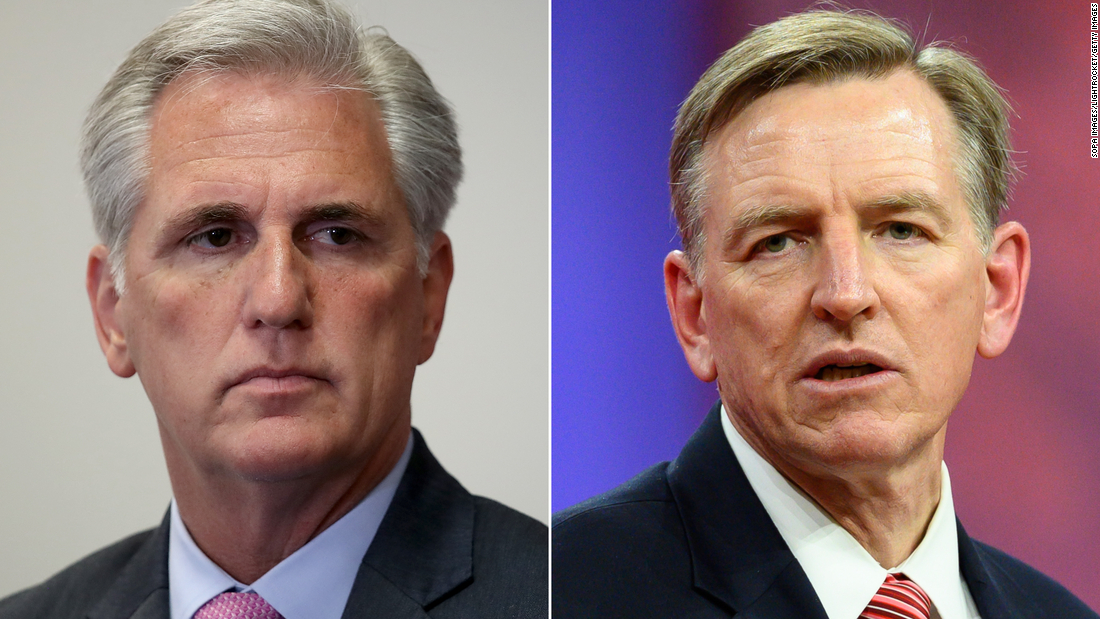 But McCarthy — who had not publicly commented on the episode until Monday — did not directly condemn Gosar’s behavior, only noting Gosar had deleted the tweet after their conversation.

Democratic leaders are holding discussions about punishing the congressman this week, with censuring him a leading option, two sources said. But there’s talk also about stripping his committee assignments from him, according to one source, and conversations are continuing.

Gosar’s statement said he doesn’t “espouse violence or harm towards any member of Congress or Mr. Biden” but defended the video as “truly a symbolic portrayal of a fight over immigration policy.”

In email over the weekend, Gosar also said he finds the “faux outrage infantile and the hyperventilating and shrill accusations that this cartoon is dangerous to be laughable or intentionally hyperbolic.”

Gosar also compared the situation to the terrorist attack on Charlie Hebdo magazine, suggesting he is the victim.

“While the degree of punishment differs, this is the same sentiment expressed against the Charlie Hebdo magazine in France in 2015 that was punished for publishing a cartoon—resulting in a real-life massacre of 12 real live people,” he wrote.

And Gosar continued to defend his actions: “I am entitled to speak to the people and to do so in a manner that is engaging. Further, I have a right to speak to the younger generation in this country.”

Ocasio-Cortez told reporters on Monday that she thinks punishing Gosar is something House Democratic leadership is taking “very seriously,” though she would not say for sure that censuring him is the plan.

She also criticized McCarthy as not doing enough to punish Gosar, saying: “It’s become very clear that the Republican leader, Kevin McCarthy, intends on doing nothing about it.”

In introducing the censure resolution last week, a group of House Democrats said that “violence against women in politics is a global phenomenon meant to silence women and discourage them from seeking positions of authority and participating in public life, with women of color disproportionately impacted.”

The House Democrats also said that “vicious and vulgar messaging can and does foment actual violence,” pointing to the attack on the Capitol on January 6 as an example.

“The resolution was introduced because it crosses the line,” said Democratic Rep. Jackie Speier of California, who is leading the effort to censure Gosar. “Congressman Gosar is inciting violence against a colleague — Congresswoman Ocasio-Cortez.”

House Speaker Nancy Pelosi, a California Democrat, also urged the House Ethics Committee and law enforcement to investigate Gosar’s actions, and for McCarthy to condemn them.

This story has been updated with comments from Rep. Alexandria Ocasio-Cortez.