Mike Tomlin: Mason Rudolph did what we expected him to do 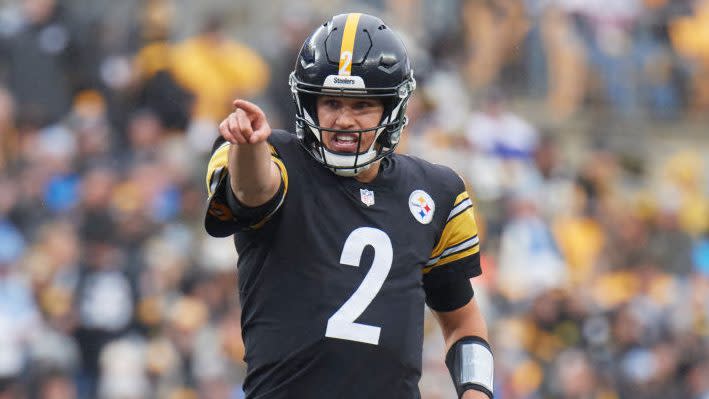 Sunday’s game against the Lions didn’t end with the result the Steelers were looking for, but head coach Mike Tomlin didn’t pin the result on the last minute quarterback change that the team had to deal with this weekend.

Ben Roethlisberger tested positive for COVID-19 on Saturday, which left Mason Rudolph to make his first start of the season on short notice. Rudolph went 30-of-50 for 242 yards, a touchdown, and an interception in the 16-16 tie and Tomlin said after the game that he thought Rudolph gave them an opportunity to earn a victory.

There’s a good chance that Roethlisberger will miss Week 11’s trip to face the Chargers as well and the Steelers will need more than a chance to win that game in order to boost their position in the AFC playoff race.

Mike Tomlin: Mason Rudolph did what we expected him to do originally appeared on Pro Football Talk