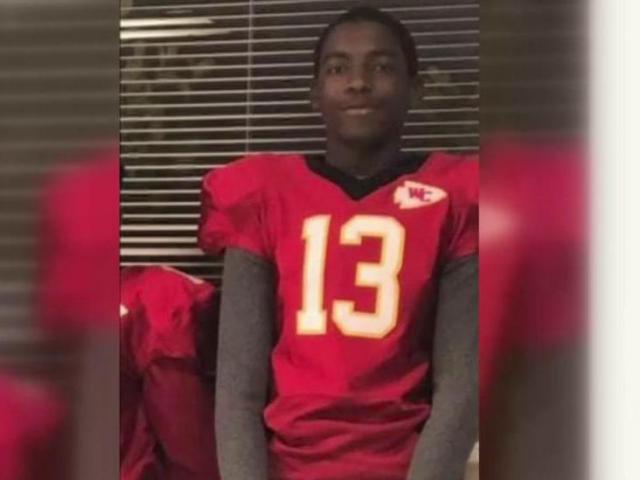 Greensboro, N.C. — A Raleigh 15-year-old died Friday night from a shooting in Greensboro.

Officers found Christian O’Neal, a student at Millbrook High School, had been shot in the 3800 block of Central Avenue just before 6 p.m.

Head coach Josh Bunting tells WRAL News his “football family is upset and devastated by the news. He was a bright young man who had a ton of potential.”

O’Neal’s mother wrote on Facebook that she “never felt so much pain” in her life.

“To lose a child is such an unbearable pain that I don’t even wish on my worst enemy … everything happened so fast,” she wrote.

She also said during her last conversation her and her son got to tell each other “I love you.”

To help pay for funeral expenses, the family started a GoFundMe with a goal to raise $7,000.

“He was a loved and well-respected young man and we are asking for help to send him off the way he so rightfully deserves,” his aunt wrote on Facebook.

Officials did not provide WRAL News with any details surrounding the circumstances of the shooting and are investigating it as a homicide.

A spokesman with Greensboro Police Department tells WRAL News investigators believe O’Neal may have been in the area for several weeks.