No suspension for Duke’s Paolo Banchero, but Michael Savarino is away from the team 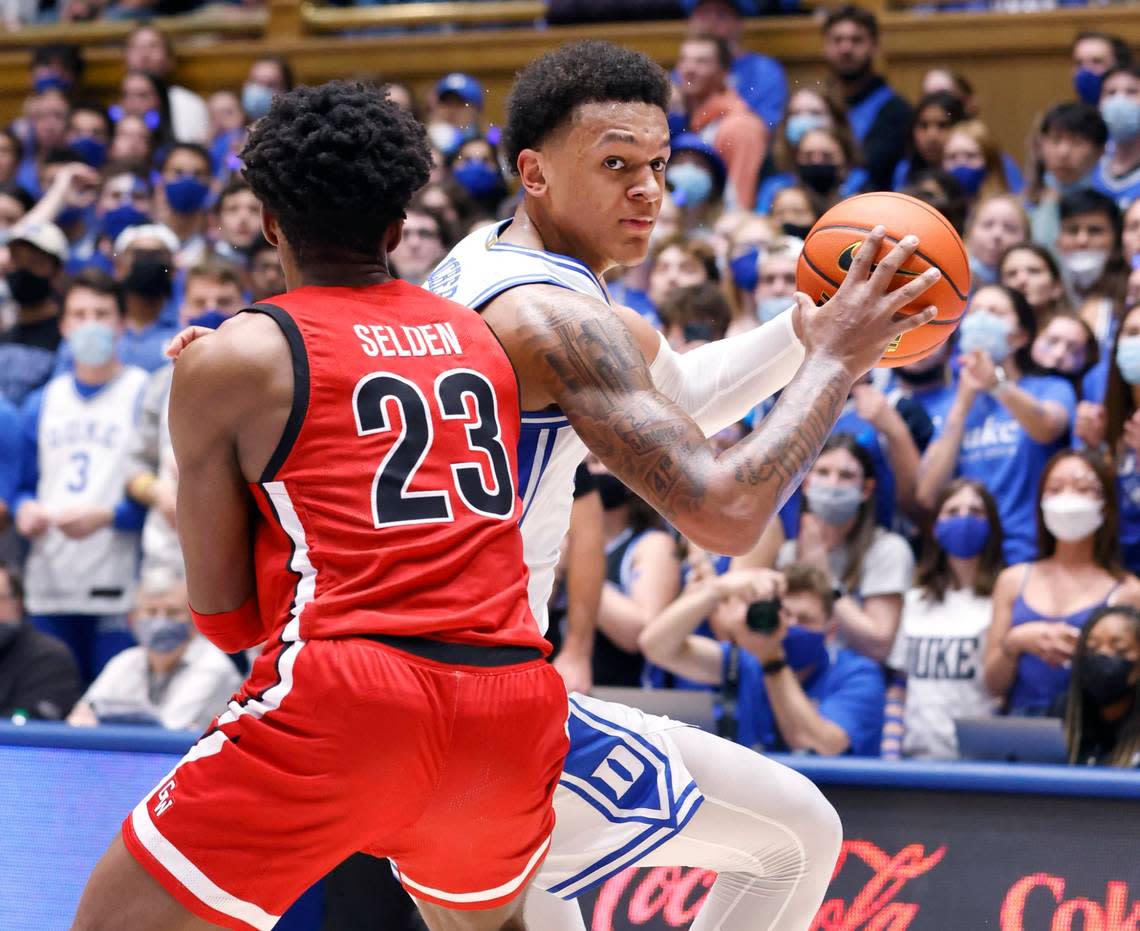 While Paolo Banchero started as usual for No. 7 Duke on Tuesday night, Michael Savarino was not with the team for what became a 92-52 win over Gardner-Webb at Cameron Indoor Stadium.

Not long after the win was secured, however, Savarino’s teammates shared the experience with him via FaceTime. His weekend DWI arrest meant he was not allowed to physically be with them.

“Tonight was big for us,” said Duke junior Wendell Moore, who is Savarino’s roommate. “We wanted to play for Sav tonight. I felt we came out and really made him proud.”

Savarino and Banchero were charged in a driving while impaired incident with Savarino behind the wheel of a Banchero’s car early Sunday morning.

The 6-foot-10, 250-pound Banchero faces a lesser charge of aiding and abetting a DWI after he and Savarino were pulled over by state Highway Patrol officers around 1:10 a.m. Sunday. The 19-year-old Banchero was charged and released at the scene while Savarino, 20, was arrested and charged with DWI. His breathalyzer reading was 0.08.

Savarino, a former walk-on who was put on scholarship this season, is the grandson of Duke coach Mike Krzyzewski. Savarino’s driver’s license was suspended as a result of his arrest.

Neither Duke officials nor Krzyzewski specifically said Savarino is suspended. But he is no longer taking part in team activities due to his arrest. He has court dates scheduled for Dec. 8 and Dec. 9 in Orange County.

Krzyzewski called the situation “a violation of our standards.”

Moore said the team worked together to avoid letting the distraction impact their play.

“Everything was handled internally,” said Moore, a team captain along with senior Joey Baker. “So what happens with us stays between us. He’s doing great. We just have to keep playing hard and keep moving on to the next game.”

Moore said, during the FaceTime call with Savarino after the game, he could tell “he’s really happy for all of us. The main thing for him is all he wants us to do is win. That’s going to make him feel better.

“So we did that for him tonight. We can’t wait to have him back.”

Banchero is a projected NBA Draft Lottery pick should he leave Duke following this season as expected. He has averaged 17 points and 8.5 rebounds this season for No. 7 Duke (4-0). He scored 10 points with eight rebounds against Gardner-Webb.

He was not one of the three players Duke made available for interviews following the game.

Duke freshman guard Trevor Keels, who is Banchero’s roommate, said Banchero “was in the right head space” to properly handle the situation.

Krzyzewski said the different levels of discipline meted out to Savarino and Banchero was the result of the charges they face being “two entirely different situations.”