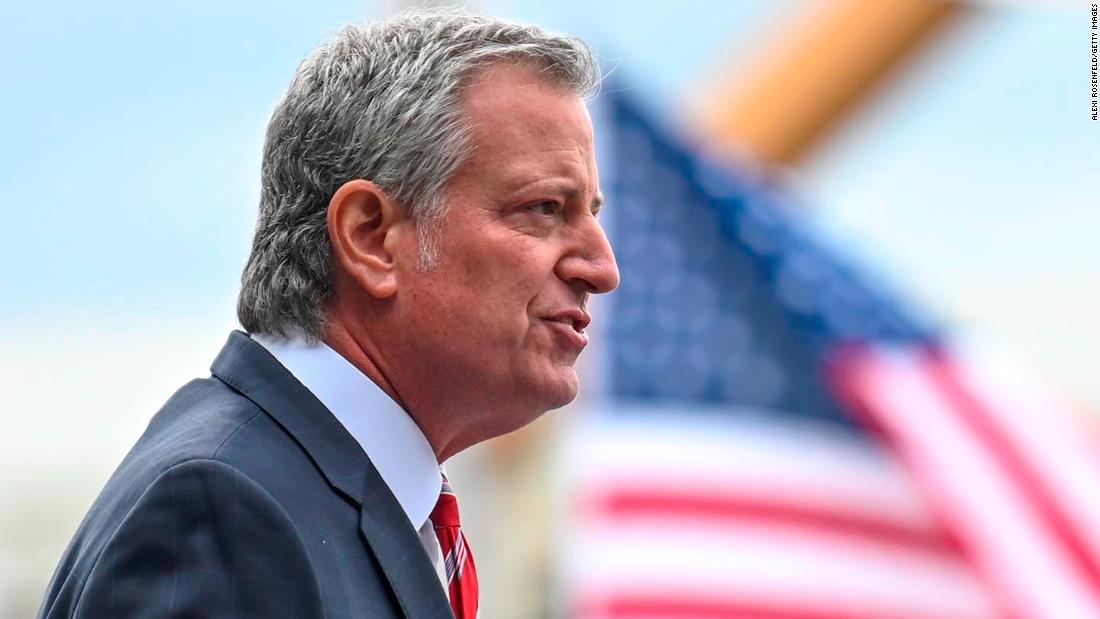 The city’s Department of Investigation this week released the results of a probe alleging de Blasio misused his NYPD security detail during out-of-state trips during his Democratic primary bid — a finding that could potentially require him to pay back more than $300,000 in expenses. The report also raised questions over his adult children’s use of NYPD security resources.
The term-limited mayor, who will leave the office at the end of this year, joined the nearly two-dozen-deep 2020 Democratic presidential primary in May 2019 despite polling that showed a heavy majority of New Yorkers did not want him to run. His reception on the trail wasn’t much better and his campaign did not survive the year. He had dropped out by late September, more than four months before the Iowa caucuses. All the while, his net favorability numbers ticked down.
De Blasio strongly rejected the investigators’ conclusions, saying he has always followed guidance from police officials, and launched an appeal with the city’s Conflicts of Interest Board. Speaking at a Thursday press conference, de Blasio cited a climate of political violence to defend his family’s use of NYPD security. John Miller, the NYPD’s deputy commissioner of Intelligence and Counterterrorism, defended the mayor, describing threats to him and his family during his time in office and suggested that managing security “gets complicated with young adults” like de Blasio’s children, but that the department’s policy has always been to “provide for them whatever security they will accept.”

Speaking to WNYC’s Brian Lehrer on Friday, the mayor again argued that his behavior was legally within bounds and questioned why investigators did not speak with Miller as part of their probe. He also suggested that the report did not properly account for past precedent.

“Previous mayors — Ed Koch ran for governor of New York State, Rudy Giuliani ran for US Senate, John Lindsay ran for US President — they all were treated in one way during those experiences,” de Blasio said. “Other mayors had children who had security, they were all treated one way. My experience was the same as all my predecessors, but … this DOI suddenly decides there is something wrong. I think that’s patently unfair.”

In its report, though, the DOI said that de Blasio’s use of NYPD security during his presidential campaign was in violation of “publicly available guidance issued by the Conflicts of Interest Board.”

“During the approximately four months of active campaigning, Mayor de Blasio made approximately 21 separate trips to numerous destinations, totaling approximately 60 days, in whole or in part, of travel,” the report states. “DOI notes that some members of the Mayor’s security detail typically traveled to these destinations ahead of the Mayor, incurring additional travel costs.”

The total expenses, the DOI added in its report, include “only ancillary travel costs — namely flights, hotels, rental cars, fuel, and meals — and does not include (Executive Protection Unit) salary or overtime costs.”

Pressed on whether he would repay the “approximately $319,794.20,” as it was described in the DOI report, de Blasio said Thursday he was “prepared to do whatever the law requires,” but again referred to his appeal letter and said the report and his pushback had broader implications.

“A decision needs to be made, not just about me, but about all future mayors,” de Blasio told reporters. “I believe the process will be an honest process. I believe the conflict of interest board will carefully weigh this evidence and then they’ll come to a determination.”