Patrick Mahomes asked for one play in KC Chiefs’ win vs. the Raiders. It went for a TD 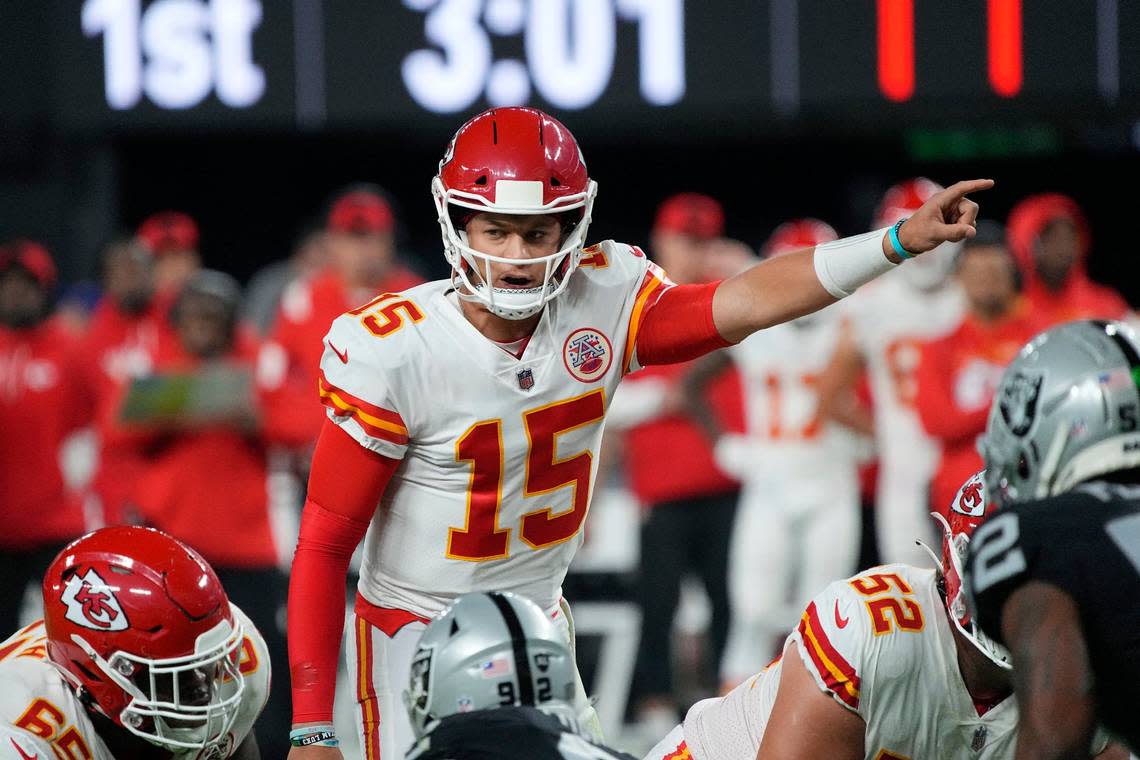 Shortly after the two-minute warning arrived in Sunday’s first half in Las Vegas, quarterback Patrick Mahomes walked to the Chiefs’ sideline with an idea.

With an exact play-call, actually.

A snap earlier, he had spotted something in the Raiders’ defense — as he sold the fake on a run-pass option, the cornerback bit, charging down to potentially stop him from carrying the football near the goal line. He actually handed the ball off to Darrel Williams anyway, but he took note of the reaction.

“Let’s call this play again,” he told coach Andy Reid during the timeout.

Except this time, he said, he’d keep the ball and look for his wide receiver. Reid already had a play in mind with the ball sitting at the Raiders’ 1-yard line.

So he offered Mahomes the following play. The Plan B.

On Plan A, Mahomes essentially threw the ball away. It wasn’t open. Then came his play-call.

Sure enough, as he rolled out to his right, selling the look as a read-option, the corner bit again. So did the linebacker, racing to stop him from carrying the ball in the end zone.

Mahomes lofted the ball over the top, just as promised, and Tyreek Hill was as open as he’s been in a weeks.

The Chiefs led by 10 and eventually pulled away for a 41-14 victory that propelled them into first place in the AFC West.

“Everybody has a say on it, players included,” Reid said. “There will be times — Patrick had one last night, where one step ahead, he said, ‘Hey, if this one doesn’t work, let’s take a peak at this other one; I think it might be there.’ And we did. It was a good play, and we scored a touchdown.”

Many of the Chiefs’ skill-position players had been part of that huddle on the sideline during the timeout.

Hill overheard Mahomes calling his number. It resulted in his second touchdown catch of the first half.

“He was telling the coach, ‘Coach, it’s there,’” Hill said. “Then Coach called it, and I was wide open. The guy’s great. He’s unbelievable.”