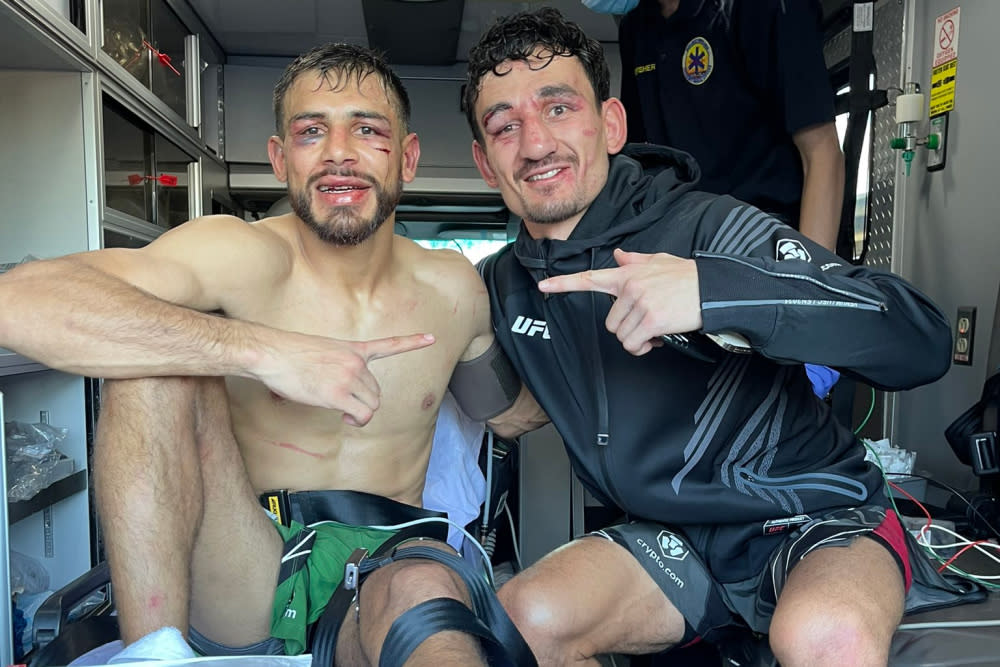 Max Holloway and Yair Rodriguez were immediately transported to the hospital for precautionary reasons after a classic battle in the UFC Fight Night 197 main event.

Before they got checked out by the doctors, though, Holloway (23-6 MMA, 19-6 UFC) and Rodriguez (13-3 MMA, 8-2 UFC) took a moment in the ambulance to show the respect they had for each other after five memorable rounds of action at the UFC Apex in Las Vegas.

Holloway came out the winner of the fight by unanimous decision, but Rodriguez put forth a much better effort than the bettings odds gave him when he came in as a large underdog.

Check out the picture Rodriguez’s coach Israel Martinez shared in the aftermath of the fight (via Twitter):

UFC president Dana White said post-fight that Holloway vs. Rodriguez was “one of the best fights I’ve ever seen.” The pair were rewarded “Fight of the Night” honors, and were taken to hospital before speaking the media.

The fight spoke for itself, though, and Holloway and Rodriguez gave 25 minutes viewers won’t soon forget.