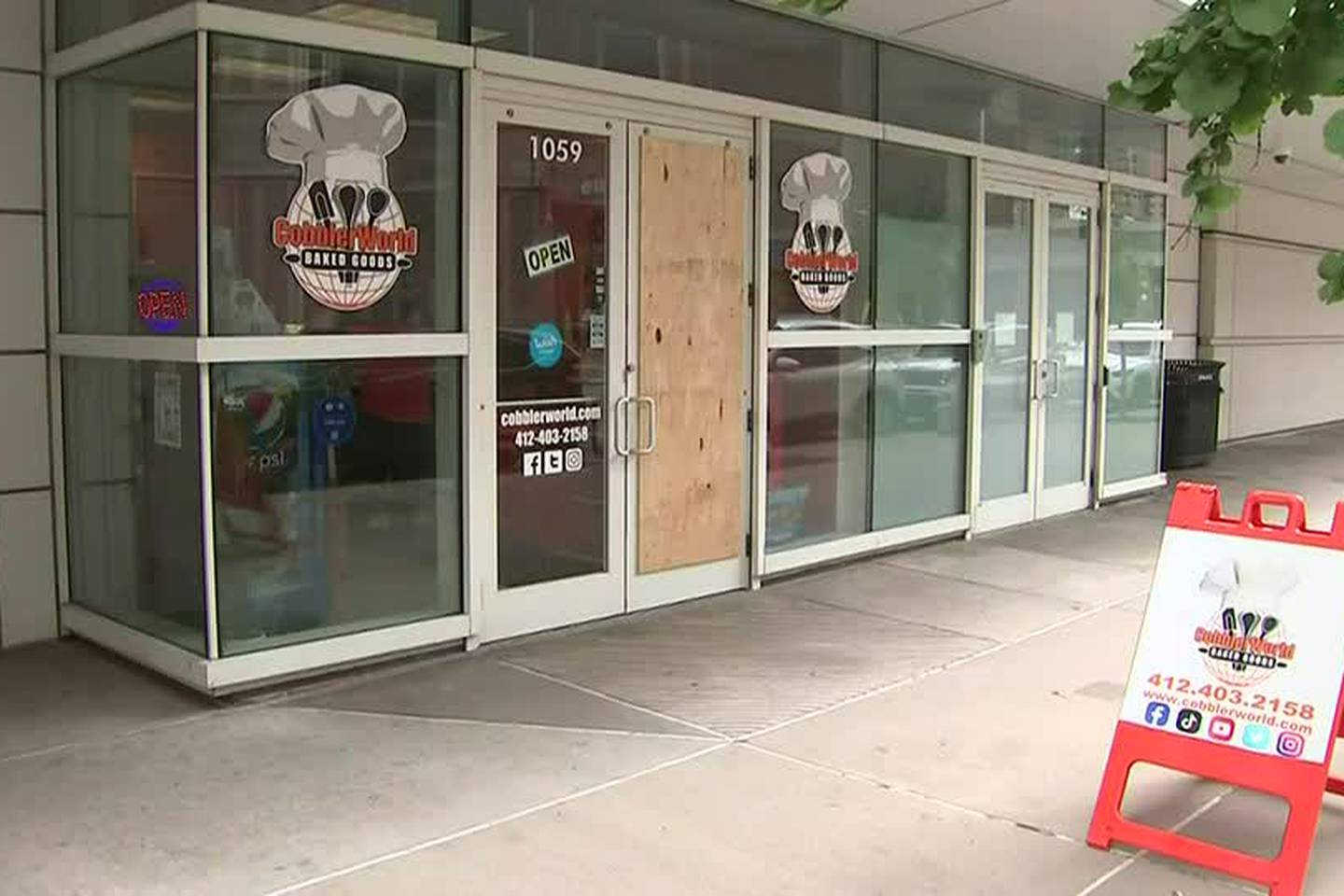 PITTSBURGH — Trina Hicks has been baking on Penn Avenue in downtown Pittsburgh for the last five years, after she was laid off from her corporate America job.

She is the owner of Cobbler world in Downtown Pittsburgh. She said that she had a thriving business for years before the pandemic. Now they are open for business again, finally having customers returning, but dealing with hateful racist voice messages and vandalism on her front door.

“They were calling me a [expletive]… laughing hysterically. Hung up again and left the same message again and again,” Hicks said. “Last month there was a white gentleman walking by. He called me a [expletive] and gave me the finger.”

Police have surveillance video of a suspect throwing a large rock through the door of Hicks’ business.

She said she’s keeping it and hopes the people responsible will be caught.

“I felt violated, hurt, angry, discouraged that in 2021 we are still dealing with race issues, the colour of my skin. You don’t know who I am. Get to know me as a person, know my heart,” Hicks said.